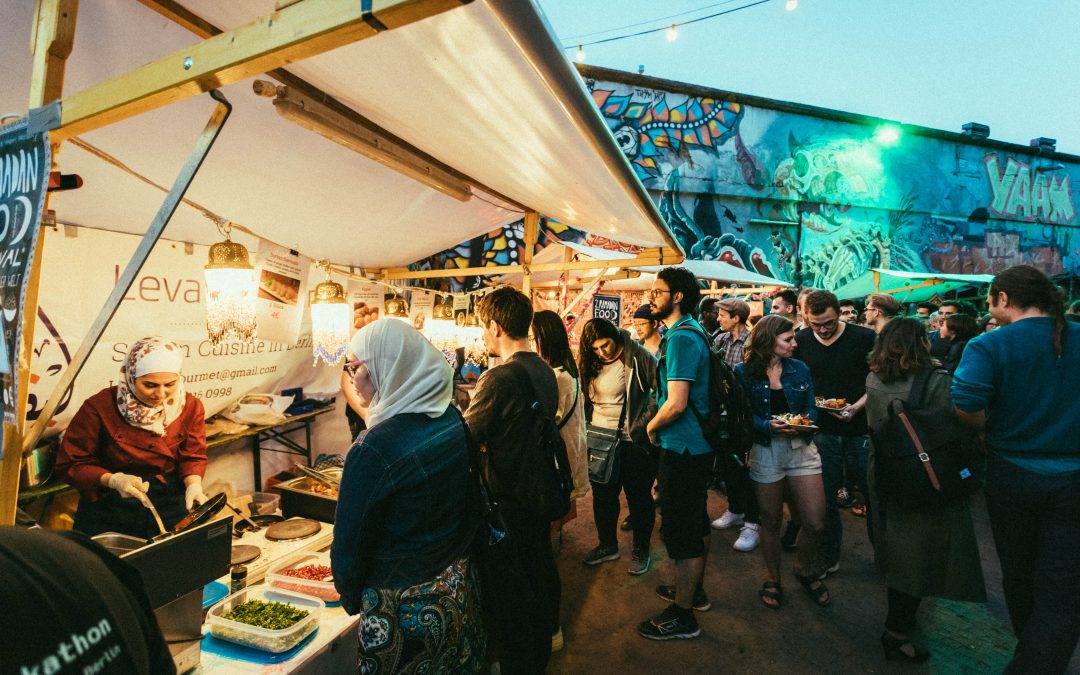 What is Clean Plate Society and what was the inspiration for it?

The idea came for our Ramadan Food Festival from co-founders Memona and Laila who are half Moroccan. When visiting relatives in Morocco during Ramadan they were always sharing Iftar with neighbours, friends, Muslims and non-Muslims. They liked the elements of openness, togetherness and sharing through breaking their fast with others. Clean Plate Society aims to make this possible on a larger scale and to develop immersive food and cultural events.

This year we have been focused mostly on the Ramadan food festival. We held an Iftar at the Berlin nightclub YAAM, which is famous for hip hop, African music and Arabic music performances. We found a kindred spirit in them and developed a partnership, which was useful as we had the concept but no real budget. Last year was our first Ramadan event, and this year we expanded it. YAAM is both a club but also a cultural association. They take donations, so the idea was to keep the entrance fee as low as possible to allow people of all incomes to try our food. We had very diverse crowds of very different backgrounds, from 2nd or 3rd generation Turkish immigrants, Western tourists, refugees, hipster Berliners.

We also host movie and dinner pairing nights. We show a variety of international movies over a few weeks and have corresponding food from the respective cultures, ideally seasonal or regional.

What has the response been?

Mostly positive, we had some comments and criticism as it was hosted in a night club and unfortunately we couldn’t prevent alcohol from being sold there. But there were still a lot of people who attended and enjoyed the festive atmosphere.

Generally it’s been really well received and we would like to see it come back for a third year. Here in Europe, it seems we have two strong opposing attitudes, either wanting very open societies or very closed. For us, having open, welcoming societies is the only option. You can’t ignore that people have been coming and mixing into societies in ways which in our opinion is enriching to our lives. We at Clean Plate Society very much believe in food being a positive way of bringing people together especially across cultures. Food is at the heart of communal life across the globe.

Berlin is a very multi-cultural and tolerant place, could it be expanded to other cities across Europe?

Yes, we already have interest from people in Paris, Munich and Frankfurt interested in our method. Brussels would be a very good city. It’s a question of organisation and suitable venues for the most part.

Our concept is not a religious event, from our experience we did and do reach a lot of communities here in Berlin who are sometimes more sometimes less religious. We learnt you don’t need to be hesitant about putting on the event if everything is not absolutely perfectly organised as it’s more about bringing people together.

What’s the future for CPS?

For now we have some ideas in the pipeline which are more arts and culture. There’s a lot of different opportunities and possibilities for combining food with cultural activities.

I’d like to see the Ramadan Festival again next year, especially in Brussels or Paris to become more of a Europe wide movement. I think it has the power to diffuse societal divisions in Europe.