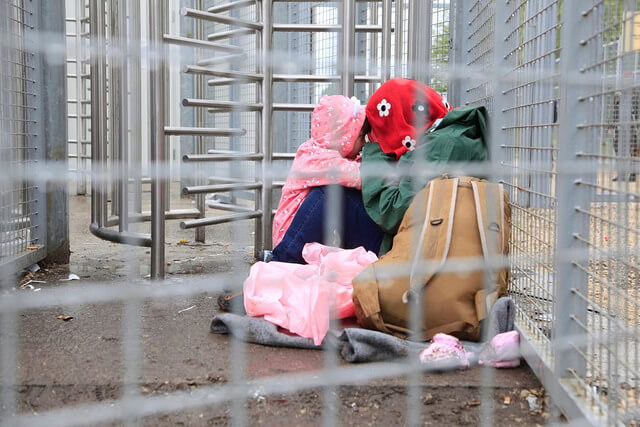 On 21 November 2019, the European Court of Human Rights (the Court) delivered its judgment on the detention of two Bangladeshi nationals in the Röszke transit zone and their subsequent removal to Serbia.

The case was referred to the Grand Chamber (GC) by the Hungarian government following the Chamber judgment delivered on 14 March 2017(see Ilias and Ahmed v. Hungary (no. 47287/15).The case concerned two Bangladeshi nationals who transited through Greece, the former Yugoslav Republic of Macedonia and Serbia before reaching Hungary, where they immediately applied for asylum and were held in a transit zone for 23 days. They were then sent back to Serbia based on a 2015 Government Decree listing Serbia as a “safe third country”.

The Grand Chamber concurred that the Hungarian authorities did not act in compliance with their duty to safely assess the applicants’ risk of inhuman and degrading treatment in the event of return to Serbia. The Court added that it is the duty of the removing State to assess the real risk the applicant would face in the receiving third country. Indeed, the Hungarian authorities did not take into account available and reliable information regarding the risk of refoulement from Serbia, administrative deficiencies to assess asylum claims, or denials of the right to apply for asylum for readmitted persons. Although the applicants were able to make detailed submissions in the domestic proceedings and were legally represented, the Court was not convinced that this meant that the national authorities had given sufficient attention to the risks of denial of access to an effective asylum procedure in Serbia. The Court therefore found that Hungary had acted contrary to Article 3 ECHR.

Notwithstanding this, the court found that the material detention conditions in the transit zone as well as the length of detention did not reach the threshold to find a violation under Article 3.

On the question of the lawfulness of detention, the Court noted that while the applicants’ freedom of movement had been significantly restricted, it was deemed to be necessary in relation to their asylum procedures. It added, inter alia, that the applicants were not prevented from leaving of their own free will to another country other than Serbia without them facing a direct threat to their life. The Court therefore concluded that the applicants had not been deprived of their liberty within the meaning of the European Convention on Human Rights.