ICC rules in favour of investigating crimes against humanity in Myanmar 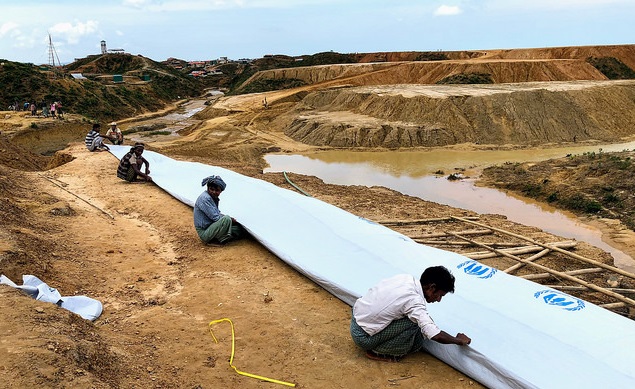 In an unprecedented move, the International Criminal Court (ICC) ruled last week that it has jurisdiction over the deportation of Rohingya from Myanmar to Bangladesh. They will be investigating whether the actions of the Myanmar military allegedly committed against members of the Rohingya people could amount to crimes against humanity.

The decision has caused outrage among Myanmar authorities, since the country is not a member of the ICC. However, given that Bangladesh is a state party to the international body, and that the crimes in question involved the crossing of a border into the territory of Bangladesh, the Court has decided that it does have the right to carry out investigations.

The Court’s decision will allow Chief Prosecutor Fatou Bensouda to launch a preliminary inquiry to determine whether there is sufficient evidence to file charges against the military and bring the state to tribunal. Bensouda has yet to formally announce her investigation.

The ICC decision comes in the wake of a UN fact-finding mission that reported that the atrocities that were committed against the Rohingya people may amount to genocide. The report uncovered evidence of indiscriminate murder, rape, torture and violence against children, and pushed for military leaders to be prosecuted.

The Myanmar Government has repeatedly denied any allegations, saying that its army carried out justified actions against Rohingya militants. In response to the ICC ruling, the Government responded by stating it resolutely rejects any attempt to launch proceedings against the state. President officials criticised last week’s decision as “the result of faulty procedure” of “dubious legal merit”.

In a statement last month, Government leader Aung San Suu Kyi said her country was “under no obligation to enter into litigation with the prosecutor”, and argued that the case would “set a dangerous precedent whereby future populistic causes and complaints against non-State Parties … may be litigated”.

Senior Legal Advisor at the International Commission of Jurists Kingsley Abbott maintained that “The decision represents a significant moment in the search for accountability for international crimes allegedly committed against the Rohingyas. The onus is now on the Prosecutor to initiate an investigation as soon as possible.”

Recently instated UN High Commissioner for Human Rights Michelle Bachelet welcomed the ICC’s decision. “This is an immensely important step towards ending impunity, and addressing the enormous suffering of the Rohingya people. I emphasise the imperative of justice for Myanmar”. Bachelet has called for the establishment of an independent body to collect evidence of international crimes committed in Myanmar, with a view to supporting national and international trials.