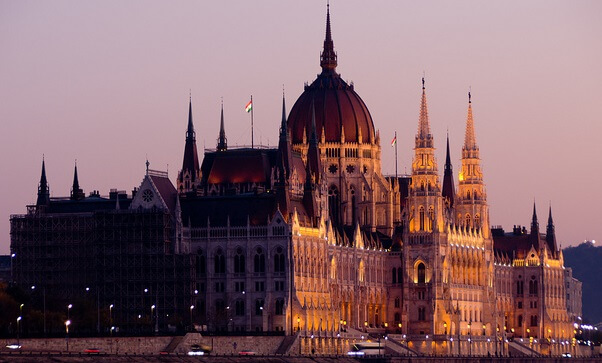 In good news for the rule of the law in Europe, this week the European Parliament acted against Hungary for its multiple breaches of European values, with its Resolution on the report prepared by MEP Judith Sargentini. Despite uncertainty in the run-up to the vote, in the end it was decisive: 448 for the motion (65%), 197 against (28%), and 28 abstentions (7%). Sargentini, whose report was thorough and well-substantiated, received a standing ovation.

What does the vote mean? The motion that was passed invokes Article 7(1) of the Treaty on European Union, which includes the provisions for action to be taken against a Member State in breach of EU values. The authoritative expression of these values is Article 2 of the Treaty of European Union (TEU), which states: “The EU is founded on the values of respect for human dignity, freedom, democracy, equality, the rule of law and respect for human rights, including the rights of persons belonging to minorities.”

With its Resolution, the Parliament has “called on the Council to determine whether there is a clear risk of a serious breach by Hungary of the values on which the Union is founded”.

The bureaucratic language behind the headlines may lead to a sense of anti-climax. But that should be resisted; the political implications will be significant if the EU as a whole capitalises on the momentum generated to challenge anti-democratic trends.

Analysing the breakdown of the vote shows that Orbán’s true home is the extreme right, as ECRE has long argued. He received support from the far-right groups in the Parliament, the EFDD, ENF and the ECR, which opposed the Resolution, whereas the party to which Fidesz belongs, the centre-right EPP, voted for it and therefore against him (albeit with some rebels).

The leader of the EPP, Manfred Weber, erstwhile ally of Orbán’s, voted for the report and set the party line. This is widely seen as the price Weber paid to secure Angela Merkel’s support for his long-shot bid to be the EPP’s candidate for the Presidency of the European Commission. He has presumably lost the support of the V4 countries for his candidature but can be pleased to have done the right thing – finally. He needs to continue along this road (can Merkel further nudge him along?): Weber still states that Fidesz should not be expelled from the EPP. His belief that “dialogue” is the most effective way to steer the abrasive, bellicose Orbán back to European values, is barely plausible; everyone knows that it is about the numbers. There are times when talking to the extremists is necessary but Orban often appears like a petulant child who is testing how far he can go and with the “constructive dialogue” approach of his EPP colleagues he has gone very far indeed.

Without Fidesz the EPP may no longer be the largest party in the Parliament, presumably a concern for a potential candidate under the SpitzenKandidaten system. But the EPP’s majority has been declining as the overall trend towards political fragmentation in Europe heightens. Formal coalitions, informal agreements and numerous deals will be necessary to form a majority, and potential allies should insist on Fidesz’ removal as a condition for working with the EPP.

Ultimately this will be resolved within the EPP and it is gratifying to see senior members speaking out, most recently Anna Maria Corazzo Bildt, who stated that Orbán had “crossed the line” (the EPP is forever referring to lines in its dealings with Fidesz) and that “enough is enough”. She called on the party to act and speak out against Orbán whose “declared agenda is to spread his brand of politics and extreme nationalism. We cannot let this cancer erode our principles”.

On the other hand, the ambivalence within the party, and probably within individual members, was revealed by a telling quote from Elmar Brok, one of the party’s grandees and the longest serving member of the Parliament: “I don’t have a problem with certain attitudes on migration. I have a problem with his principle position on democracy, the rule of law and liberal democracy. That is the decisive point for me,” said Brok, quoted in the EU Observer.

Like so many things these days, the Hungary story comes back to migration. And like many autocrats before him, Orbán has incited a fear of the “other” and used it to garner popular support, by attacking refugees, minorities, the vulnerable, and the marginalized. It is not just a tactic – one has the impression that Orbán has entered the phase (also common to autocrats) of believing his own propaganda – but it is opportunistic. Orbán has made this obvious in the way he has used the political crisis on migration stimulated by the arrival of refugees to his advantage, as a way to crackdown on his opposition.

The sordid truth is that his harsh and illegal actions against asylum-seekers, refugees and other migrants are supported by many in the mainstream of European politics. They agree with the illegal prevention of arrivals (after all, it is the EU’s overall strategy), and they are not opposed to detention (after all, it is widespread across Europe and will be encouraged if the proposed changes to EU asylum law go through, as ECRE’s latest Policy Note explains). Many in Weber’s party, the CSU, have expressed views similar to Orbán’s.

The Sargentini report identifies no fewer than twelve issues on which the Parliament has concerns, running from the independence of the judiciary, to corruption, and on to freedom of association. This allows those who have no qualms about abusing refugees to find a ground for objecting to Orbán. There is plenty there to object to. But it is significant that it is not the crackdown on people’s rights that has stirred the EPP to act, but rather the crackdown on the defenders of the rights of “others”, on the Europeans who defend others. Human rights are universal; the rule of law applies to all, without discrimination. To say that we believe in human rights, but not for them, is to imply that “they” are not human. Indeed, underlying the political crises on migration and the rise in extremism is this dehumanising of refugees and migrants through denial of their rights and the persistent view that the “crisis” is so serious that is okay to dispense with values, as though they are were a luxury for the mythical more stable times.

Other measures against Hungary and states that similarly attack the rule of law must be stepped up: infringement proceedings; conditionality on EU funding; the European Values Instrument; and so on. Civil society in Hungary is prepared but needs our support as it continues to defend democracy and serves as the most effective opposition to Orbán while the independence of the judiciary, media and accountability bodies are compromised.

The sense of relief and reassurance from all sides following the decisive action taken by the Parliament was palpable. But what would really make it a good week would be for this vote to mark a turning point in how the mainstream deals with the autocrats.