Hungary: Immigration and Asylum Office seems to have given up its starvation tactic* 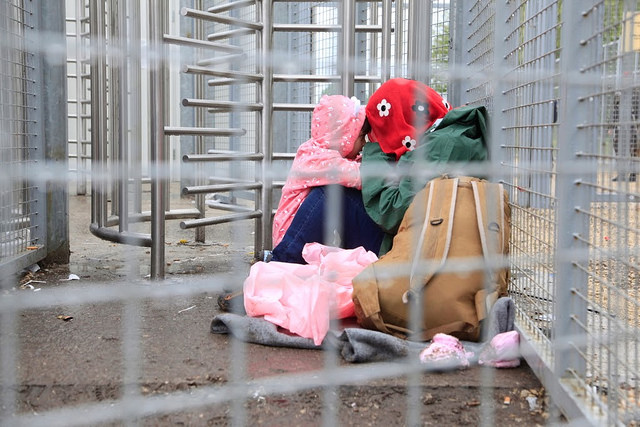 The Hungarian authorities have given up the practice of denying food to asylum seekers whose claims are considered inadmissible. A statement from the ECRE member the Hungarian Helsinki Committee is welcoming the change of practice but underlines that without legislative changes, asylum seekers can still be deprived of food any time.

Following the entry into force of the latest asylum reform in Hungary, asylum seekers have their claims dismissed under a new inadmissibility ground introduced in Section 51(2)(f) of the Asylum Act, according to which an asylum application is deemed inadmissible if the applicant arrived through a country where he or she was not exposed to persecution or to serious harm, or if an adequate level of protection was available there. This provision is incompatible with the recast Asylum Procedures Directive and has formed part of the European Commission’s latest infringement procedure against Hungary.

Asylum seekers whose claims are considered inadmissible on that ground are expelled from Hungary and ordered to remain in the transit zones, where they were denied food. According to the observations of the Hungarian Helsinki Committee, this measure was taken with a view to deter applicants from pursuing appeals against negative decisions on their claims and to push them to leave the transit zones and to return to Serbia.

The Hungarian Helsinki Committee successfully requested interim measures from the European Court of Human Rights in three cases. The Court ordered the authorities to provide the applicants with meals during their stay in the transit zones.

*This information was first published by the Asylum Information Database AIDA managed by ECRE.