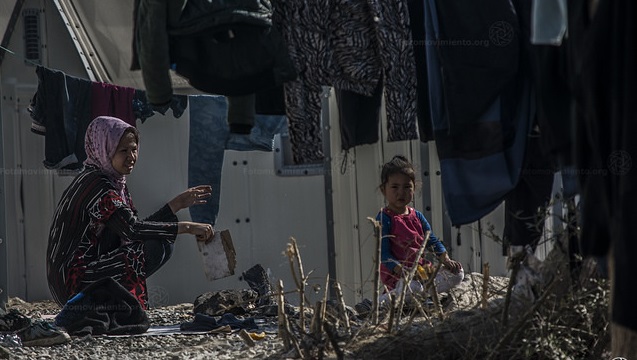 The Greek Government announced on Tuesday plans to move 2,000 asylum seekers from Lesvos to the mainland, in an effort to deal with severe overcrowding and deteriorating living conditions, amid growing criticism from civil society organisations.

The Greek refugee camp is currently hosting more than 9,000 asylum seekers, in a space that has an official capacity for approximately 3,000 people. The long-standing challenges have intensified, as more than 1,500 refugees arrived on the island over the first two weeks of September. New arrivals struggle to find proper shelter, food and access to medical care, while public health risks are high. The Governor of Northern Aegean Prefecture recently gave a 30-day deadline to the Ministry of Interior to address public health concerns, or the camp will face closure.

On 17 September, Médecins sans Frontières called for the emergency evacuation of all vulnerable groups, to avoid what they describe as an unprecedented public health crisis. The organisation reported cases of self-harm and attempted suicide to be worryingly high among the child population. “These children come from countries in war, where they have experienced very extreme violence and trauma. Rather than receiving care and protection in Europe, they are instead subjected to ongoing fear, stress and episodes of further violence, including sexual violence,” stated Dr. Declan Barry, MSF’s medical coordinator in Greece.

The administrative processing of asylum claims has incurred severe delays, and while more people arrive on the island, transfers to the mainland remain limited. The staff of the Regional Asylum Office of Lesvos have voiced concerns over the possibility that control of the situation is at risk of being lost.

The issues are not unique to Lesvos; public health concerns and procedural delays extends across the Aegean that are hosting refugees. A joint statement by 19 national and international NGOs condemns the situation in the Northern Aegean Sea as “shameful”.