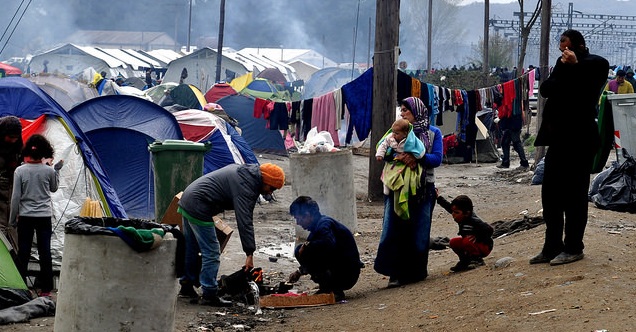 The UN Refugee Agency (UNHCR) has urged the Greek government to address the situation for refugees and migrants arriving at “hotspots” on the Aegean Islands. As Aegean Sea Reception and Identification Centres (RICs) become increasingly overcrowded both living conditions and the delivery of critical services are in rapid decline.

UNHCR reports that thousands of people seeking asylum are living in squalid and dangerous conditions in RICs on the Aegean islands, some of which are at more than double their capacity. On Samos, at least 2700 people are living in makeshift shelters or tented accommodation designed to hold less than 700, while in Lesvos, the Moria RIC that was built for less than 2000 people is now holding a minimum of 7000- with some NGOs estimating figures of up to 10,000.

A dire lack of health and psycho- social care, and poor access to clean water and sanitation facilities typify the situation that people have been living in for months. At the Moria RIC the situation has been described as at “boiling point”- as frustration, long waiting periods, and a lack of information heightens tensions. The dangers fuelled by these conditions were seen in May, when fighting broke out in the camp forcing hundreds of families to flea and try to seek refuge elsewhere on the Island. Children, including those who are unaccompanied, as well as pregnant women, new-born babies, and survivors of torture, are all being accommodated in these RICs.

Transfers to the mainland have been slow; the Greek government have reported administrative and logistical challenges. But the situation is likely to become even more problematic if not addressed before the winter sets in. Speaking at Palais des Nations in Geneva, UNHCR spokesperson Charlie Yaxley has called on authorities to rapidly increase transfer procedures for those eligible by making use of emergency accommodation or other alternative facilities where needed.