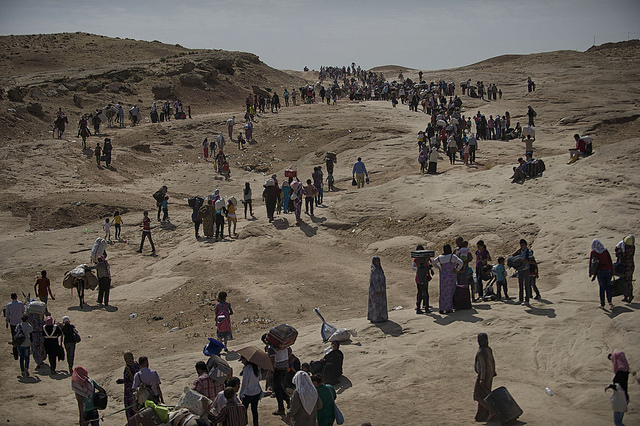 Germany has pledged 1.3 billion Euros in assistance to Iraq since 2014. The announced cooperation of repatriation comes in the context of a plan to pledge an additional 350 million Euros for emergency aid and reconstruction of infrastructure in 2018. According to the Federal Ministry for Economic Cooperation and Development, Minister Müller was travelling to ensure Iraqi authorities cooperation on repatriation and return. The aim is voluntary repatriation and establishing opportunities for education and employment for returning Iraqi nationals in cooperation with Iraqi authorities and companies.

In March 2018 Minister Müller announced a 500 million Euro investment in jobs and vocational training programmes in countries including Iraq, Nigeria, Tunisia and Afghanistan aiming at convincing 20-30,000 refugees to return home annually. Reportedly, cash based return programs for asylum seekers rejected between December 2017 and February 2018 had proven less effective than expected with just 4,500 out of 28,500 people accepting.

According to OCHA more than 2.3 million people remain internally displaced in Iraq. UNHCR statistics confirm that Iraq hosts almost 250,000 registered Syrian refugees and an estimated 11 million Iraqis are in need of humanitarian assistance. The latest Monthly Forecast from the UN Security Council on Iraq reports of continued attacks on civilians and government forces as a series of deadly incidents over the previous few month.