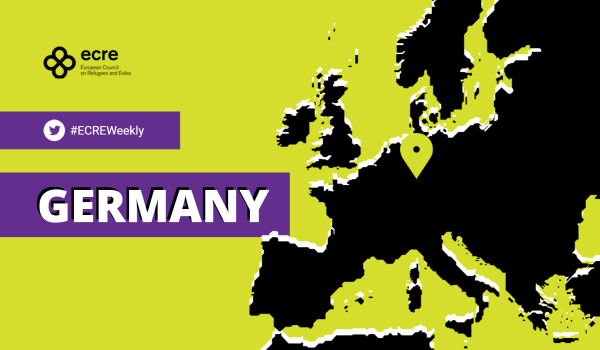 Six months on from the fall of Kabul, German rights groups are calling for the government to speed up the admission and reception of Afghans. Police operations have exposed the ways in which smugglers and so-called “work agents” exploit asylum seekers and migrants desperate to reach Germany. Authorities have put the claims of 40,000 people who already benefit from protection in Greece on hold as onwards movement continues.

The humanitarian situation in Afghanistan has deteriorated severely since the Taliban seized power in August 2021, with people fleeing persecution particularly adversely affected. The country’s closed borders have left almost 703,000 people internally displaced since January 2021. Around 4,000 to 5,000 people are crossing to Iran every day – up to four times the number in January 2021. A total of 11,021 people from Afghanistan have entered Germany via the admission procedure since 16 August last year. ECRE member organisation Pro Asyl together with Kabul Luftbrücke (Airbridge) and the Afghanistan Sponsorship Network have issued a joint ten-point plan “Don’t Forget Afghanistan, Act now” which calls for German authorities to speed up the admission and reception of Afghans. They demand “quick and decisive action” to issue visas at German airports for Afghans who already have entry permission. They urge the Federal Government in Berlin to negotiate direct evacuation flights from Afghanistan; to reduce bureaucratic obstacles in Afghanistan’s neighbouring countries, specially in embassies; to comply with admission commitments and to accelerate family reunification processes. The joint paper urges new minister Nancy Faeser (SPD) and the Federal Ministry of the Interior to abandon the “defensive attitude” that prevailed under her predecessor Horst Seehofer (CSU). Pro Asyl and others insist there should be no limit to humanitarian admission: “a narrow-minded programme limited, for example, to a four-digit or low five-digit number is absolutely not sufficient.”

Smugglers and “work agents” continue to exploit people seeking to reach Germany. A Polish couple has been sentenced to jail by a German court after putting 16 Kurdish migrants into a van and driving them from Belarus and through Poland to Germany under inhumane conditions. The judge recognised that in such conditions, the people in question could have easily suffocated. Not only do people on the move face exploitation by smugglers, they may also be scammed when they try to access the labour market in Germany. Recently, a man was expelled from Germany and imprisoned in Morocco for having charged dozens of Moroccans between 1,500 and 1,900 euros for false work contracts. These fraudulent agents often run private language schools that promise immediate employment in Germany after passing the exams. Moreover, authorities at the German-Dutch border have also encountered cases of abuse of migrant temporary workers. On 12 and 13 February, the federal police and state authorities raided six collective accommodation facilities in the district of Kleve, where the workers – mainly from Bulgaria and Romania – were made to live in inhuman conditions. They were subject to “significant fire safety deficiencies, mold, pest infestation, a lack of electricity and building faults, among other things”. Authorities confirmed that workers in the accommodation centres had been smuggled in for the purposes of labour exploitation.

Thousands of refugees granted protection in Greece have been found to continue to travel to Germany where they attempt to lodge second asylum applications, a practice precluded by EU law. Refugees and people with subsidiary protection in the EU are allowed to travel within the EU for a maximum 3 month period; yet in practice, many leave Greece with the intention not to return. This movement may be driven by poor reception conditions: German courts have already found that refugees could not be sent back to Greece, where they would risk facing inhuman or degrading treatment. Reports of poor living conditions, exacerbated by a lack of resources and barriers to social services, remain common in Greece. In 2021, Germany received nearly 9,600 irregular arrivals via its airports, 80 per cent of whom were Afghan asylum seekers flying in from Greece. The German migration and asylum office is reported to have put more than 40,000 asylum claims from people already granted protection in Greece on hold.

Recently, increasingly positive attitudes towards refugees have been reported, with more people recognising the benefits of migration for German society. Yet, the latest study by the Bertelsmann Foundation shows that skepticism toward refugees is still widespread, with one third of respondents stating that Germany cannot take in any more refugees.