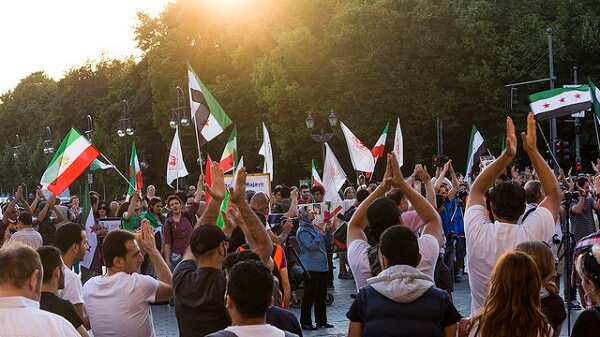 German Interior Minister Horst Seehofer has confirmed the continuation of Germany’s moratorium on deporting Syrian refugees, based on the evidence that Syria is still not a safe or secure country.

Seehofer has ruled out the option of deporting refugees and asylum seekers back to Syria, including those whose asylum applications have been refused and those who have been charged for committing crimes in Germany. The current blanket ban on deportations had been due to expire in December, ahead of which the interior ministers of 16 German states had discussed whether returns could commence.

On November 23, Seehofer, interior minister of the Bavarian Christian Social Union party (CSU), told Der Spiegel that the decision had been made to extend the moratorium. The move comes in the run up to Germany’s election campaign, in which Annegret Kramp- Karrenbauer, a candidate being considered to become the successor of Angel Merkel for the Christian Democratic Union (CDU), called for Syrian refugees who commit crimes in Germany to be deported, while Roland Wöller, the interior minister for the CDU in the eastern German state of Saxony, had also stated “As soon as the security situation allows, there should be an option to send people who pose a danger to the public and also criminals to Syria.”

The final decision took into account the report by the Foreign Ministry which explained that “In no part of Syria is there comprehensive, long-term and reliable protection for persecuted people.” The report highlights the likelihood that men as well as children could be forcibly conscripted into the army upon return, and that there have been “countless documented cases in which individual family members, often women and children, were detained and tortured for activities of other family members whom the regime considers to be hostile.”

The extension of the moratorium has been confirmed amid further reports of the use of chemical weapons against civilians in Aleppo, with more than 100 people being treated in hospital after the suspected use of poison gas. Syrian warplanes have also attacked rebel-held areas in the north of the country for the first time since a truce came into effect on September 17 2018. This spate of violence marks the highest number of casualties in Aleppo since government forces and their allies recaptured the city from rebels nearly two years ago. United Nations Secretary-General António Guterres stated that any use of chemical weapons against civilians is a clear violation of international law.