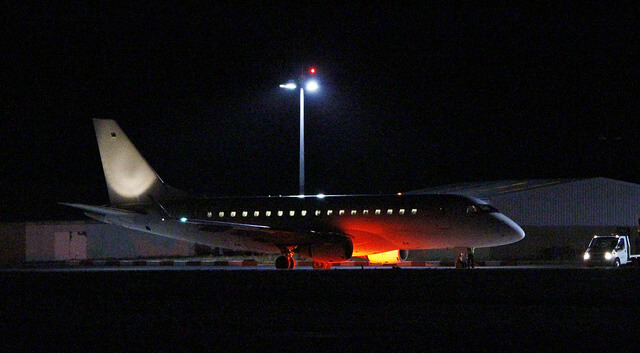 German pilots prevented 506 deportations in 2018 as they refused to carry rejected asylum seekers due to health and security risks. Along with a report by the European Committee for the Prevention of Torture and Inhuman or Degrading Treatment or Punishment (CPT) the growing resistance by pilots raises concerns over the toughening of removal procedures.

The number of cases in which pilots refused to carry out deportations steadily increased from 139 cases in 2016 and 314 cases in 2017 to 506 in 2018. The data was revealed by the Head of the Federal Police Dieter Romann, who expressed concern that the refusal of pilots to take off “undermines the sovereignty of the German authorities”. However, the head of PRO ASYL, Günter Burkhardt stressed that the pilots’ resistance to carrying out deportation flights illustrates that in many cases people are put onto airplanes for removal though they are not eligible for deportations. The responsible authorities often ignore medical certificates and many pilots cancelled deportation flights because they were concerned about the health of their passengers. The pilots refusal is positive sign of civil courage, Burkhardt commented.

In a recent report, the European Committee for the Prevention of Torture and Inhuman or Degrading Treatment or Punishment (CPT) urges Germany to ensure better treatment of foreign nationals being removed by air. When monitoring a return flight of Afghan nationals from Munich to Kabul (Afghanistan) the CPT documented the ill-treatment of a returnee on board the aircraft who resisted his removal.

In January MPs had raised concern over the toughening of deportation procedures after reports documented the use police brutality, physical restraints, separation of families, humiliating treatment and the use of sedative medication. The government did not conduct further investigations on the alleged human rights violations.

Efforts to up-scale deportations comes with a “legal crackdown” on asylum seekers in Germany, which includes a law facilitating deportations through increased use of detention and cutting social benefits.