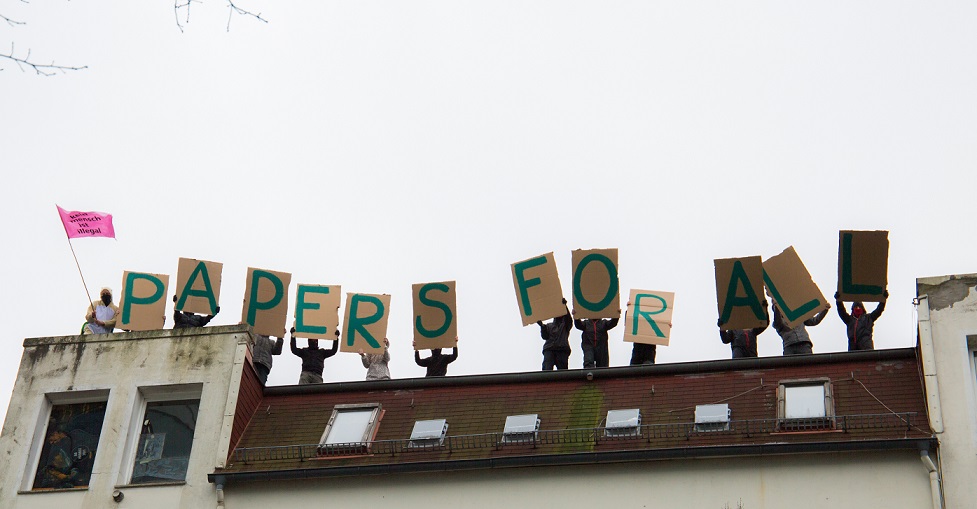 The new legal changes introduce stricter obligations on asylum seekers to cooperate in establishing their nationality and obtaining identity documents. Data carriers, such as mobile phones, sim cards and hardware can be systematically checked by the Federal Office for Migration and Refugees in order to establish their identity. The data collected can also be used in case an asylum seeker is suspected to pose a threat to public order. Pro Asyl warns that accessing private data of refugees circumvents a decision of the German Constitutional Court, according to which private data can only be accessed by court order. Also, Andrea Voßhoff, Federal Data Protection Commissioner, had criticised the change as disproportionate and contrary to the Constitution.

The reform also introduces an additional ground of detention for rejected asylum seekers that are suspected of constituting a public danger, this includes people awaiting Dublin transfers. This form of “security removal detention” can be used, even if the deportation cannot be conducted within the time limit of three months. Further, surveillance options for rejected asylum seekers are widened, an electronic ankle monitor will be introduced, and deportation custody is prolonged from four to ten days. The statutory notification period of one month prior to deportation for holders of tolerated stay status (Duldung) is removed for people who are alleged to be involved in identity fraud or who are allegedly prolonging their tolerated stay through lack of reasonable cooperation. Pro Asyl warns that the new law does not lay down criteria of what constitutes reasonable cooperation and that lifting a time limit of security-based detention might trap Dublin returnees indefinitely, as less than 10 percent of Dublin returns are in fact ultimately carried out.

The new law also introduces the option for Federal States to oblige asylum seekers, including children, to stay in initial reception centres until the end of the asylum process or the execution of a removal order. UNICEF and German civil society organisations warned that this will be against the best interests of the child, as conditions in initial reception centres are not safe and appropriate for children and access to education not granted.

“This new legislation is an additional building block to transform Germany from a ‘welcoming’ to a ‘camp and deportation country’. Merkel’s refugee U-turn is completed. Asylum seekers are deliberately isolated and excluded.  The message to them: “Hit the road”, comments Karl Kopp Pro Asyl’s Director of European Affairs.