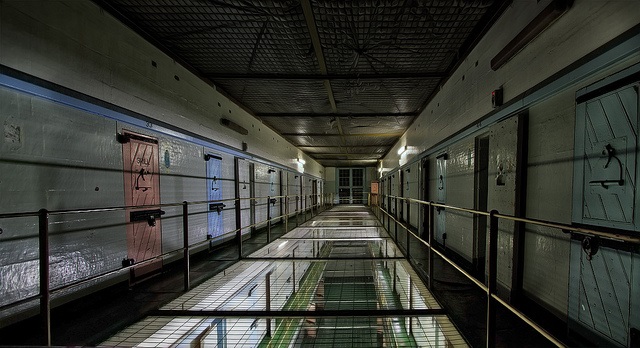 NGOs have denounced the increase of acts of violence and tension between refugees and migrants in detention centres in France- a trend that La Cimade argues is the consequence of repressive policies of confinement which severely endanger detainees.

The number of people detained in France for immigration reasons has continued to rise, according to the annual report compiled by civil society organisations monitoring administrative detention centres (CRA) and other administrative detention places (LRA). Statistics for 2017 reveal that a total of 46, 857 people were detained, in comparison to 45, 937 in 2016. The number of detained children has also risen from 179 to 304 within the same time frame.

La Cimade argues that incidences of violence and aggression between detainees are becoming more frequent, because this prolonged incarceration is leading to reactions that can range from aggression, (directed to one’s self or others) self- immolation, resistance, defence, despair or anxiety.

The frustrations for people living in prison- like conditions are aggravated by the fact that CRA’s are currently being operated at their maximum capacities forcing detainees to live in very close proximity. Little attention is afforded to specific vulnerabilities and mental health conditions, despite that many have detainees have been traumatized in their countries of origins or journeys to Europe, including victims of trafficking. Meanwhile hygiene in the centres has been deemed substandard and medical needs are not being met.

In 2017 two people committed suicide in detention in France and further signs of deteriorating mental health were evidenced in acts of self- harm and hunger strikes.

On September 24, the French government presented their draft budget for 2019, which instructs the funding that will be allocated to asylum, immigration and integration. The draft includes potentially positive actions regarding the reception of refugees, including the planned opening of 3,500 places in asylum seeker accommodation and 2,000 places in temporary accommodation centers for beneficiaries of protection international and an increase in staffing of the French Office of Immigration and Integration. Furthermore, an investment plan of 50 million euros is planned for retention centers to “increase the number of places available while improving reception conditions in these centers”.