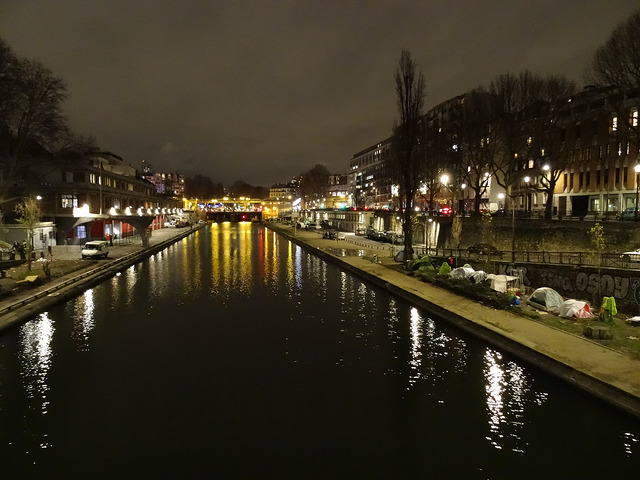 In the last two weeks, the French authorities have carried out evacuations of three unofficial camps on the streets of Paris, and rounded up almost 2,000 migrants who had been living there.

The ‘Millenaire’ camp in the Northeast of the city, the largest of its kind in Paris, was the first to be cleared on 30th May as riot police arrived at dawn to oversee the removal of its inhabitants. On Monday, a similar operation was undertaken in two smaller camps on the banks of the Canal Saint-Martin and on pavements near the Porte de la Chapelle. The evacuated inhabitants were transferred onto buses to be dispersed to various temporary shelters, mostly gymnasiums, across the Paris region.

The evacuations took place calmly, although many of the individuals being removed expressed anxiety about the possibility of being deported. Most of those who had been living in the camps are from Afghanistan, Sudan, Somalia and Eritrea.

The evacuations had been ordered the previous week by the French interior minister Gerard Collomb, who had expressed his “regret” at Paris Mayor Anne Hidalgo’s refusal to evict the group. Hidalgo and aid groups had wanted the migrants placed in shelters rather than being evacuated in a police operation and dispersed or summarily deported. The evacuations have taken place in the same week that Collomb stated in the French senate that migrants were “benchmarking” European nations, to see which offered the most beneficial environment.

The evacuations on Monday marked the 35th such operation by the French authorities since 2015. Migrant arrival numbers in France have not slowed, despite a total of 28,000 migrants having been evicted by the police from unofficial camps.