Weekly Editorial: Europe COVID 19: Reaching the Bottom or Rising Above 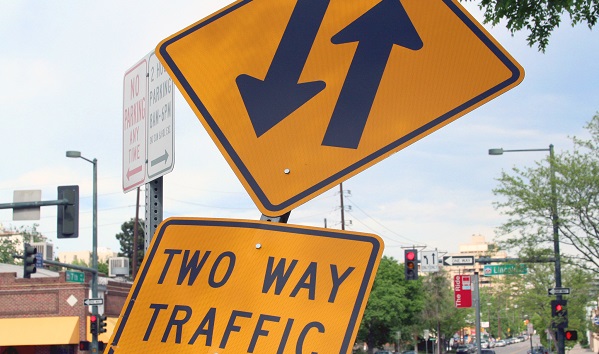 Along with everyone else, ECRE is trying to keep its work running despite the Coronavirus emergency, and the situation of lockdown in much of Europe, including Belgium. ECRE is monitoring and recording the impact of the virus on law, policies and practices in the field of asylum and migration. While it is too early to provide a deeper analysis of the impact of this extraordinary health emergency, three preliminary conclusions can be drawn.

First, many displaced people are particularly at risk during a health emergency, including in Europe.  Globally, UNHCR and humanitarian responders have highlighted the risks to refugees in Syria and in neighbouring countries, in Bangladesh, Kenya and other areas where there are major displacement crises, with people living in camps and other informal settlements. In these circumstances, abiding by advice on hygiene, distancing and isolation to limit the spread of the virus is impossible, and access to healthcare is extremely limited, if available at all.

But the virus also both exposes and exacerbates the humanitarian consequences in Europe of policies here. In recent years, asylum and migration policy has been punitive and sometimes inhumane, leading to avoidable humanitarian emergencies across Europe and at its borders, including on the Greek islands, at the French coast, in Turkey, due to the huge number of people it is hosting, and elsewhere.

Even beyond these acute visible emergencies, as ECRE has documented, within Europe, refugees and migrants are more frequently held in detention and reduced to destitution, with limited access to healthcare. This means they are more exposed, more likely to catch the virus and more likely to have serious symptoms, up to and including dying from it. Other people have been left in legal limbo, without a legal status, pending or post asylum decisions, meaning that they cannot access social and economic rights (such as adequate housing and healthcare).

The tragedy is that these situations of limbo and destitution are often the consequences of deliberate policy choices, and in particular the belief in deterrents and eliminating mythical “pull factors”. These policies are highly risky and not just for the people themselves but for Europe too, given the difficulty of containing the virus when people live in such a precariousness.

Second, monitoring the responses of European countries’ responses which have an impact on asylum and migration, shows that there are negative and positive changes occurring.

On the negative side, ECRE has documented efforts to limit access to asylum, notably in Belgium, the Netherlands and Cyprus. In Greece, the virus is being used to justify new restrictive measures and proposals relating to the situation at its border, such as expanding detention, despite there being no public health grounds for linking the management of the virus and these proposals.

On the other hand, positive measures have included a form of regularisation through granting people a solid legal status pending asylum decisions in Portugal; an easing of detention measures in Spain, with unreturnable people let out of detention; a less punitive approach to undocumented persons seeking to access healthcare in Ireland; and policy decisions to suspend Dublin transfers in Germany, along with proposals to grant the right to work to those in the asylum process, also in Germany.

There is an acknowledgement of the value and potential contribution of refugees and migrants from some politicians, recognising the crucial jobs carried out by people of all backgrounds, from the highly skilled, such as doctors being fast-tracked to work in the clinical response to the virus, to the hidden army of people in essential but undervalued jobs, such as care work, cleaning and food production, where disproportionate numbers of people with a migration background are to be found.

These positive responses are to be welcomed – often they are sensible measures that should have been in place before – and ECRE urges other countries to follow suit. In addition, these initiatives need to be presented as or to be translated into permanent changes, for instance, via amnesties rather than temporary suspensions of negative measures (such as coercive Dublin transfers). Otherwise, people will find themselves with only temporary reprieve and an extension of the limbo in which they live. Second, some of these measures should serve as a catalyst for reasonable, long-overdue changes, such as expansion of employment rights for refugees or speeding up accreditation and recognition of training and qualifications granted outside Europe.

That the virus has drawn attention away from the politics of asylum and migration is also a two-sided coin: yes, attention needs to be focused on people in need but bad things tend to happen when these issues are at the top of the political agenda. It may be counter-intuitive but slowing down political and legal changes is not a problem when those changes tend to go in a bad direction. For example, taking more time on the planned EU Pact on asylum and migration is not ideal but neither is it fatal to the process. The value of the Pact – or the damage of the Pact – will depend on content not on timing.

The impact of this crisis on the EU could also hinder prospects for agreement among the Member States; the funding of the Pact, and the ability of the EU to manage a functional common asylum policy will all be affected by the virus. There is a risk of rising anti-EU sentiment – or of the opposite – of further conflict and tension among the Member States – or of the opposite – and of a delay in the agreement on the MFF, EU funding for the next seven years – or of a speeding up of the process.

It is simply too early to tell. What is clear, though, is that as much as possible work has to continue and the virus cannot be used to justify inaction in the face of violations or negligence. Before the virus became the only story in town, the situation at the EU-Turkey border was a major concern – it remains so. ECRE had just welcomed the Commission’s warning to Greece and unlawful actions cannot be allowed to continue due to the health emergency tying up time and attention.

A bad time for the “populists” – but they’ll be back

Third, in the short-term, the crisis has been bad for anti-migration populists. They have not gained much traction when trying to exploit the situation for anti-migration means. (Although, unfortunately, this could have been different had the virus originated in a different region of the world, rather than in Asia.) The crisis has demonstrated above all the need for calm and competent leaders, rather than unpredictable nutcases.

Complacency must be avoided though – it is certain that in the medium- and long-term “populists” of all stripes will try to exploit the situation. Politicians and institutions need to prepare now. Predictably, the Hungarian government has already responded to the crisis by further concentrating power in the hands of demagogic leader Viktor Orban; there are also less-publicised but alarming moves underway in Slovenia and in Poland.

The EU could demonstrate its value with a robust response to anti-democratic measures; the Commission, the Parliament and a group of Member States have spoken out about Hungary but need to follow through with all the legal, financial and political measures that have been under discussion but largely unused for the last five years. The EU won’t survive more countries following Hungary’s path and may not survive Orban in any case. This crisis, like Europe’s last one in 2015/16, demonstrates the value of civil society and its role in all aspects of emergency response, including in support to refugees and migrants, and including the particular role played by refugee- and migrant-led organisations. The EU would do well to preserve civil society and resist stealth attempts by anti-democratic forces to use the virus to further their unlawful and self-interested repression of civil society (and the erosion of the rule of law).

The wider risk of an increase in support for authoritarian, extremist-nationalist, anti-migration populist forces (whatever we want to call them), will only be mitigated through exceptional economic measures that extend far beyond asylum and migration policy. The situation of insecurity and economic downturn that is already emerging is a breeding ground offers for the spread of these forces, as all politicians and officials in Europe surely know by now. Their response must be courageous and far-reaching economic, social and ecological change, not petty restrictions and blaming of outsiders, or a disproportionate focus on people on the move. One element of this is rethinking security policy and a recalibration of security threats. Resources, attention, investment needs to be directed to real risks to people’s security – such as the risk of another round of Coronavirus – health emergencies, climate change, inequality – and away from a focus on preventing migration, futilely militarising borders in an already globalised world, and investing billions in anti-migration technologies (rather than in medical supplies or climate change adaptation, or humanitarian response). If nothing else, the current situation demonstrates the real security risks we face, including health emergencies rather than people trying to cross a border.

Editorial: Catherine Woollard, Director of the European Council on Refugees and Exiles (ECRE).