EU-level Report on the status of refugee-led community organisations 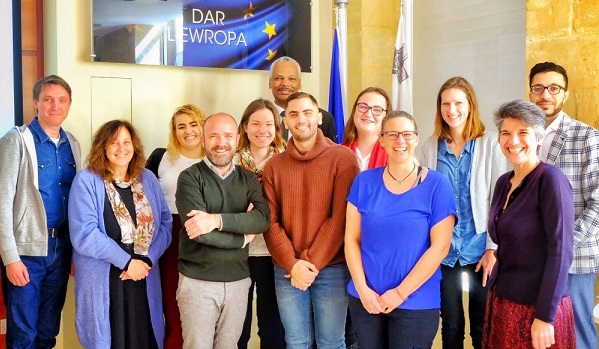 RCOs have been established across member states in response to a feeling of marginalisation and lack of political influence in refugee communities. The majority of RCOs are voluntary grassroots organisations working at the local level providing immediate assistance to new arrivals, helping them with the integration process and organising cultural activities. It is worth highlighting RCOs responses to the Covid-19 pandemic through a variety of vital initiatives such as running awareness campaigns among the refugee communities and new arrivals, distributing food packages among poor people and supporting the elderly people with buying their groceries.

However, at the EU level, despite the interest of RCOs in being involved in the policy and advocacy domain, their presence is ad hoc and mainly a question of attending events. While RCOs are considered an important player, acting as a bridge between refugee communities and host society and providing immediate support for their communities, they continue to be excluded from the decision making process defining the very policies that shape their lives and futures. Their unique personal expertise and experience is not fully recognised and they are often reduced to case stories delivering the personal anecdotes for ‘European’ panels to discuss.

Currently there is no established RCO that lobbies on EU policies, this is due to the complexity of decision making at the EU level, a lack of apatite from policy makers to consult RCOs when designing policies and lack of funding for RCOs to establish an office in Brussels. However, a number of attempts have been made by civil society organisations with the financial support of donors such as creation of a migrant advisory board, a refugee advocate development programme. The recent establishment of an expert group on the views of migrants by the European Commission to create a space for refugees, migrants and RCOS at the decision-making level is a positive step toward refugee and migrant inclusion and more of such initiatives are needed at the EU and MS level, but so far, such initiatives are a drop in the ocean.

Another challenge that increase risks of marginalisation in RCOs is the artificial and often unintended distinction between RCOs and Civil Society Organisations (CSOs) more broadly. In the advocacy domain, CSOs are actively advocating for the creation of inclusive European societies and for the inclusion of refugees at the policy making level, but few steps have been taken within the CSOs structure to become more inclusive and diverse by recruiting people with refugee background as staff members and accepting them as equal partners.

Some policymakers have started to realise the importance of refugee’s inclusion for the improvement of their policies and are increasingly supportive of initiatives that promote inclusion of refugee voices and views at the decision-making level. However, this gradual awakening is just a first step, and to benefit from the full potential of the experience and resources of new Europeans we have a long way to go.