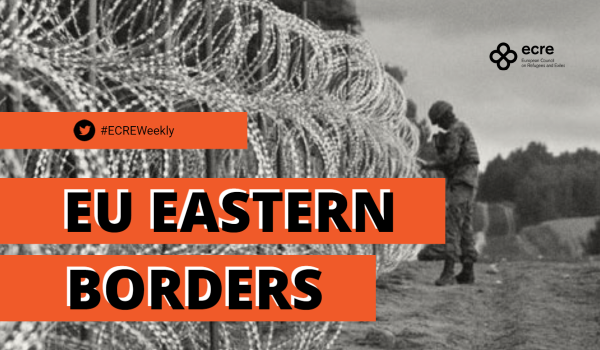 Latvia initiates criminal cases against NGO activists and Lithuania seeks to formalise prevention of entry as Médecins Sans Frontières (MSF) suspends operations in both countries due to violent pushbacks. Meanwhile, four bodies have been recovered at Poland’s border with Belarus.

In Latvia, the State Border Guard has initiated a criminal case against two members of the “I want to help refugees” organisation in connection with their activities at the Latvia-Belarus border. According to the two activists, they were at the border zone in response to a call for help from a small group of refugees who were in a snowy forest and had called the Emergency Medical Service because at least one of the refugees had severe health problems. In the opinion of the head of the State Border Guard, Guntis Pujāts, the activities of the activists may constitute a violation of Criminal Law. Pujātas’s opinion was echoed by the chairman of the National Security Commission, Jānis Dombrava. A controversial state of emergency on Latvia’s border with Belarus was declared in August 2021 and since then extended five times allowing authorities not to accept asylum applications and return them to Belarus. Lithuania implemented a similar policy via decree in August 2021 and now the government has approved a proposal from the interior ministry to formalise it into law. The amendments would allow authorities to deny entry to foreign nationals who intend to or have crossed the state border outside designated places or in violation of the border crossing procedure. Afterwards, MSF announced on 17 January: “We closed our operations in Lithuania and Latvia on 31 December 2022. Violent pushbacks and restricted access to those most in need of assistance prevented our teams from providing care to migrants/asylum seekers with full confidentiality and in accordance with our principles”. The organisation further stated: “in 2022, there were also over 8000 pushbacks and over 4000 by Lithuanian and Latvian border guards respectively. This significantly limits MSF’s access to provide essential medical and mental healthcare”.

The independent outlet OKO reported on 14 January the recovery of four bodies at the Polish border with Belarus where at least 217 people have disappeared since August 2021, when the regime in Belarus opened informal travel routes from the Middle East to Europe. Anna Michalska, a spokesperson of the Border Guard told media: “There may be more bodies so we are searching the area. The police, the border guard and the army are involved in the search”. One of the victims was a young doctor from Yemen, who was part of a group of people on the move pushed back by Polish authorities when requesting medical assistance for the critically ill doctor, who was left unattended. Grupa Granica, Monitoring the situation at the Polish-Belarusian border and supporting migrants, demanded an investigation to ensure accountability for the Polish officers who, according to the account of the deceased’s travel companions, refused to help the dying man.

Meanwhile, the critique of Polish policies continues. According to the Conference of Ambassadors of the Republic of Poland – an association of former representatives of the Republic of Poland, whose aim is to analyze foreign policy, identify emerging threats and make recommendations “the fate of refugees and migrants on the Polish-Belarusian border disgraces Poland”. While acknowledging the responsibility of the regime in Belarus, the conference states (translated): “The current Polish authorities, instead of applying international standards for the protection of refugees and migrants, have reacted with cruel and degrading treatment, thus “cooperating” with the actions of the Lukashenko regime. The fundamental principles of international law and EU law were violated, including the principle of non-refoulement and the prohibition of pushbacks. Humanitarian principles are also disregarded – at least several dozen people froze or died of exhaustion on the Polish side of the border, the number of refugees tortured to death after their illegal ‘pushback’ to the Belarusian side is not known”. The conference notes that the response at the Belarus border stands in contrast to the hospitality offered to millions of Ukrainian refugees – a response that has been widely-praised including by the EU. According to former deputy ombudsman, Hanna Machińskia: “what is happening on the Polish-Belarusian border will be a disgrace judged by history”. Machińskia stated to local media (translated): “Migrants are in Poland with the hope that they will be covered by international protection. Meanwhile, they are thrown through the forest to Belarus, where they are tortured”.

ECRE member, the Helsinki Foundation for Human Rights (HFHR) warned in late December 2022, that Sejm (lower house of the parliament) has started work on an amendment to the Act on Foreigners. Its main objective is to implement into the Polish legal system the provisions of Regulation (EU) 2018/1860 of the European Parliament on the use of the Schengen Information System for the return of illegally staying third-country nationals. According to the organisation: “Those rules govern the flow of information between Member States on return decisions issued to aliens residing in those States without a legal basis”. However, “The draft also contains proposals that go beyond this objective and change – unfortunately to the detriment – the legal situation of foreigners remaining in the return procedure”. HFHR is critical of these changes, and presented its comments to the Marshal of the Sejm and the Chairman of the Sejm Committee on Administration and Internal Affairs.

HFHR detects an increasing recognition from courts in member states that the deficiencies in the functioning of the Polish asylum system and general state of the rule of law are “so far-reaching that they break the existing principle of mutual trust” and accordingly suspend Dublin transfers to the country. The organisation refers to several judgments including from German courts – in Minden over “insufficient investigations on whether minor applicants’ risk being detained in unsuitable conditions, contrary to the Article 4 EU Charter” and in Hanover due to “a risk of inhuman or degrading treatment, contrary to Article 3 of the European Convention on Human Rights and Article 4 of the Charter of Fundamental Rights”. Further, the organisation refers to three suspensions of transfers from the Netherlands by the court in The Hague referring to questions of independence of the judiciary in Poland, rights of LGBTQ+ people and pushbacks at the Polish-Belarusian border as well as the practice of not accepting applications for international protection. Based on these doubts, the Court in The Hague referred a question to the Court of Justice of the European Union (CJEU) for a preliminary ruling concerning the return of applicants for protection to countries which, despite being members of the European Union, do not respect human rights. According to HFHR, these judgments indicates that the “treatment of applicants for protection by the Polish authorities does not meet European standards”. The organisation further expresses hope that a ruling by CJEU will provide a principled answer to the questions referred by The Hague.