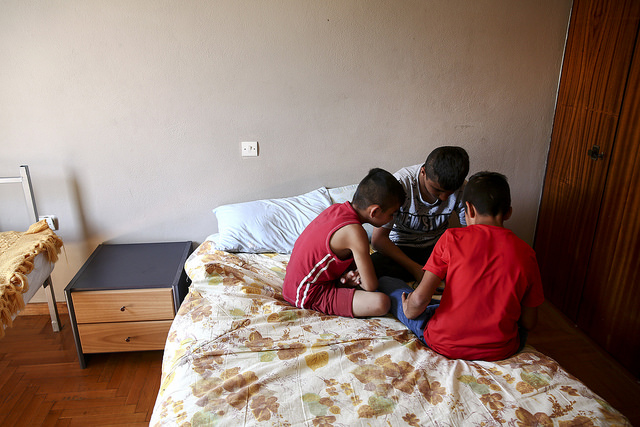 The European Commission released €45.6 million in emergency assistance to improve reception conditions in Spain and Greece and amp up returns in Spain. Both countries have been struggling with overcrowding and lack of capacity in their frontline reception facilities for some time.

€24.8 million has been awarded to Spain’s Ministry of Work, Migration and Social Security and the Spanish Red Cross to improve the reception capacity for arrivals at its southern coast as well as in the Spanish enclaves of Ceuta and Melilla. A further €720,000 has been given to the Ministry of Interior to improve return facilities and infrastructure. €20 million has been given to UNHCR, the UN Refugee Agency, in Greece to manage reception facilities on Lesbos, support local projects and increase emergency accommodation on the island.

This week, the Greek Migration Minister Dimitris Vitsas told the Greek broadcaster ERT the number of refugees on islands in the Aegean will drop from 17,000 to 10,000 in September, with the population of Moria hotspot on Lesbos, to drop from 7,000 to roughly half.

This announcement coincided with the decision of the Region of North Aegean to close the PIKPA camp on Lesvos, a small independent camp, due to a critical report by the Hygiene Service. The inspection took place during the period last month when 1000 Kurdish refugees had left Moria camp after fighting broke out, of which several hundred were subsequently accommodated in PIKPA camp. In a statement, Lesvos Solidarity – the group facilitating PIKPA Camp – said, “The intervention of the Hygiene Service raises serious questions with regards to the extreme severity shown towards PIKPA in contrast to the tolerance towards the hygiene conditions in the Moria hotspot, which are reported daily by locals, institutions, residents, organisations and by the local, national and international press.”

Spain’s reception facilities have also come under fire lately, last week personnel at five centres for unaccompanied children in Cadiz staged demonstrations against “unsustainable overcrowding” as the centres currently host four times their capacity. In one instance, 15 teenagers were hosted in judicial offices without showers or proper living facilities. “If they’d had the foresight to build a centre in all the years that have gone by, we wouldn’t have men, women and children – including babies – sleeping on the floors of sports centres in different cities, in the waiting room at Algeciras port or in police stations,” said Father Gabriel Delgado, director of the diocese of Cádiz and Ceuta’s migrant assistance foundation, the Everyone’s Land centre.