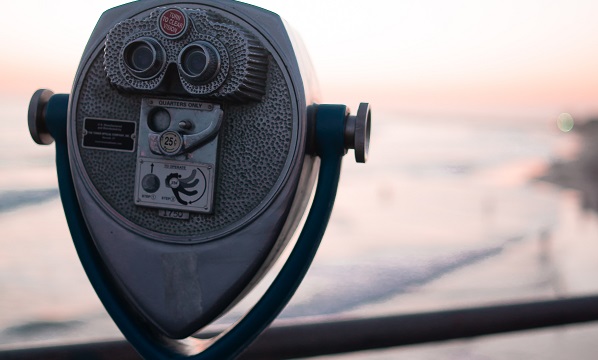 UNHCR has just published its annual flagship report, Global Trends, with its analysis of global displacement. Unsurprisingly, like every year, the headline is that there are record levels of forced displacement, now at 82.4 million people, the majority internally displaced. The implications for Europe are various but here are summarised as prevention and perspective.

An Investment in Prevention

UNHCR’s messaging wisely focuses on reversing the trend, and prevention of conflict is key. Looking at the main countries of origin of those displaced across borders, the role of conflict and violence is clear: Syria, Venezuela, Afghanistan, South Sudan, Myanmar, DRC, Somalia, Sudan, CAR, Eritrea are mainly conflict-affected countries. The violence may be meted out by the state, by external intervening forces, or by non-state groups, and the conflicts stem from grievances, resistance to state repression, crackdowns on groups when they demand rights or even when they don’t, resource conflicts, poverty and multiple other factors. Conflicts are often a manifestation of persecution or an element of it, meaning that people fleeing in these situations frequently fall within the scope of the Refugee Convention, or that this should at very least not be excluded.

The long-term displacement trends mirror conflict trends over the same period, as documented in the Uppsala Conflict Data Program which has data going back decades. While the end of the Cold War led to a reduction in the number of conflicts taking place, since 2010 there have been dramatic increases in the numbers of conflicts and in the deadliness of conflicts, with significant changes in the nature of conflict and armed violence. For non-state violence, there were rapid increases from 2010 and since then figures have fallen and risen; for conflicts characterised by state violence, numbers have  continued to increase, year on year, linked to the authoritarian turn and the increasing number of repressive states that endanger their own populations. Chaotic instability or purer forms of targeted persecution occur in some of the major refugee-producing states, but general it is a complex intermingling of conflict and persecution that lies behind displacement.

Despite the correlation between these trends and the place of forced displacement at the topic of Europe’s political agenda, conflict prevention and peacebuilding remain marginal activities, with limited investment. Ten years after the seminal World Development Report set out evidence and strategies on conflict prevention and peaceful development, an enlightened and effective response to conflict is still absent at national and European levels. Too much security policy is still based on “traditional” approaches that are just as likely to generate instability and then more displacement, such as all the misguided adventures in the Sahel, and elsewhere, that bolster the institutions of repressive states, or what pass as such, with scant regard for the security of people.

The EU itself, ten years after the creation of the External Action Service could still develop a specialised role in conflict prevention and peacebuilding. However complex these activities, the EU has a comparative advantage, given the variety of development, external action, climate and trade tools, it has available to it, and given its long-term involvement; it struggles with short-term crisis response. It is more likely to be successful at prevention than in attempts to be a geopolitical power player when it has 27 Member States which are deeply divided on “geopolitical questions”, and certain of which are under the influence of other power players (security threat in itself), and most of which are unwilling to marshal EU military power for European security interests, with the EDF and the PESCO projects predictably turning into slush funds for industry with no impact on actual security threats. CSDP has focused on train and equip, despite the risk of not retaining either those trained or the weapons with which they’ve been equipped. Even worse, security policies as well as development policies, are increasingly used to prevent population movements, rather than the trickier but far more valuable approach of addressing the threats to security that force people to flee in the first place.

This is not and never to say that displacement should not be part of foreign and security policy; on the contrary, it is a key global issue. It is simply to argue that Europe and the EU specifically would better meet its own objectives by re-orienting towards prevention.

A Sense of Perspective

The other side of the coin concerns what happens in Europe. Global Trends again – and again unsurprisingly – shows that only a small proportion of displaced people are in Europe. Most of the displaced, 48 million, are IDPs. Of those who have crossed an international border to seek protection, 86% are in developing countries. Nonetheless, European strategy is dominated by the effort to outsource responsibility.

Also just published, in a strong and very welcome blog, Commissioner Johansson condemns the externalisation of asylum responsibilities. The Commissioner notes that these proposals (made by certain EU Member States) undermine the Refugee Convention and international obligations, have a damaging impact on neighbouring countries, and create administrative burdens, i.e. they are inefficient as well as unfair. She underlines the right to asylum in Europe.

ECRE shares the Commissioner’s concerns about externalising asylum processing and in particular about the amount of time that is dedicated to fantasy “solutions” that are never going to work, by politicians who surely must know that they cannot divest all their responsibilities to other countries given the uneven distribution of responsibilities for displaced persons, on one side, and uneven division of global wealth and capacity to respond to displacement on the other. ECRE condemns all efforts at externalising responsibilities however, some of which find more favour on the EU side.

This year’s Global Trends illustrates the immediacy of the problem and this means there is an onus on Europe to act now. With the Pact, the Commission has presented legislative reforms which are under discussion. Whatever one may think of the proposals – and ECRE with its members and partners have provided extensive analysis – the Pact will be under negotiation for a long time and displacement can’t wait. There are multiple actions that can be taken by the EU now; some underway and led by the Commission; some to be scaled up; others with potential.

The rhetoric accompanying the Pact is that asylum in Europe has failed and this line of thinking can be dangerous, giving the impression that obligations can be ignored because the Common European Asylum System is a failed or failing system. Rather, the day-to-day work of managing asylum systems has to continue, based on proper resourcing by Member States and additional financial, operational and technical support from the Commission and EU agencies. And with legal challenges either launched or supported to enforce the rules. ECRE has completed its annual updating of the Asylum Information Database, AIDA, with national experts providing detailed country analyses of asylum systems in Europe as of end 2020. Plans for improvement can easily be extrapolated from this detailed evidence of the state of play.

Action is also needed to address the humanitarian crises that are taking place in Europe either due to the high levels of global displacement demonstrated by Global Trends or due to misguided or unethical responses to displacement, such as punitive and deterrent measures, or efforts to prevent access to asylum through the use of force. Along these lines, this week, ECRE, Amnesty International and Human Rights Watch published a twenty-point plan for the Central Mediterranean continuing the three organisations’ advocacy for action on the lethal situation.

Since 2018, ECRE has argued for a plan covering disembarkation and relocation, bringing together coastal and non-coastal European states in a coalition of the willing. There are rumours that Germany and France have renewed efforts to broker a political agreement, which could be fruitful, given that the agreement they supported before had most impact, with UNHCR and IOM playing an important role. The Commission is also important in coordinating efforts in the contact group it has established. Relocation should not be offered for nothing though: any agreement must also be conditional on coastal EU states respecting their obligations under International Law of Sea, including allowing disembarkation in a place of safety, and respecting their obligations under EU law to provide decent reception conditions and fair and efficient asylum decision-making (factors that also would reduce the risk of onward movement).

Certain previous attempts to reach agreement on disembarkation/relocation foundered on the insistence that coastal states establish detention (“controlled”) centres and on attempts to enlarge agreements to include entirely recalcitrant North African states. It is fervently hoped that if discussions are underway they focus on a core agreement among European states with respect for obligations at point of entry a key element. The death rate and disruption of NGO-led SAR demonstrates the need for state-led SAR operations, or at very least, the reinstatement of naval assets. This is the first point in the Amnesty-ECRE-HRW Plan for Action and the European Parliament has also issued a strong call for EU-managed SAR operations. (It appears though to have been overlooked, though, in “Team Europe” initiatives for the Central Mediterranean where EU agency and CSDP operations are intended to be deployed to prevent departures).

Other immediate actions to respond to displacement trends include expanding safe and legal routes for refugees and also, crucially, for other forms of migration, with tentative steps taken in these areas. These initiatives do not need to be Europeanised in the sense of becoming part of the EU legal order, indeed that could even have a gelling effect. Rather, there are many facilitating and flanking measures that the EU can take, through political, financial and convening support. Legal migration is often put on the agenda by other countries, when migration cooperation is sought with them, to the point that it may become a condition of cooperation. Similarly, while integration is not an EU competence, there is much it can do to support inclusion through rights and respect for third country nationals, including the particular needs of refugees. While taboo for too many EU states, third countries are increasingly putting regularisation on the table.

Global Trends provides both a snapshot of what is happening now, and a picture of the trends going back over ten or so years. It shows that forced displacement is an immediate and grave international problem. The list of the major countries of origin illustrates the complex combination of conflict, violence, persecution and repression that leads people to flee. The extent to which conflict begets conflict and the difficulties of ending conflict and building stability and peace, suggest that prevention is imperative. Above all, not starting conflicts in the first place through ill-thought out security action would be advisable. The list of countries and regions hosting the displaced, on the other hand, suggests that Europe needs a dose of perspective and to switch its efforts towards immediate management of the situation and away from the counter-productive externalisation fantasy options that occupy so much time.

Photo by Matt Howard on Unsplash