Editorial: Towards a place of no return 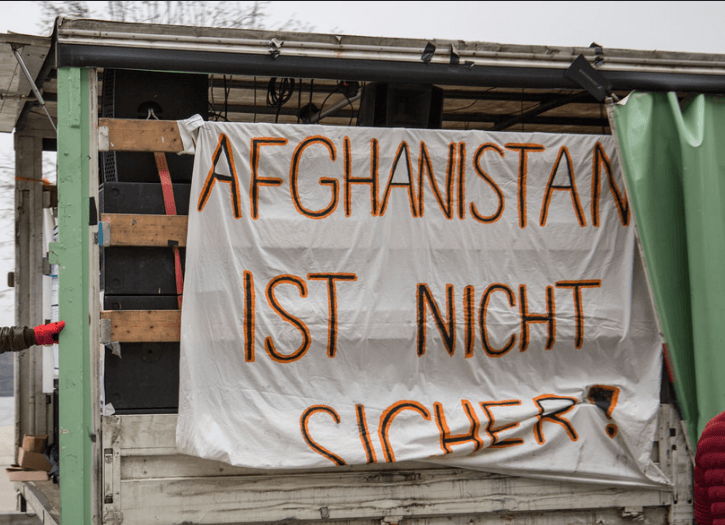 Horst Seehofer has managed to illustrate the inhumanity and futility of Europe’s return policy with a “joke” about the deportation of 69 people on his 69th birthday. The numbers no longer match: one of the group committed suicide after being returned to Afghanistan. He was a young man who had arrived in Germany as a child and had lived there for eight years, “returned” to a town he’d never been to.

For ECRE, return is a valid part of migration policy but only if certain pre-conditions are in place. First, fair asylum decision-making. Here, the huge variation in the rate of recognition of protection claims, particularly from key nationalities such as Afghanistan, demonstrates this is not the case – and probably indicates political interference in judicial decision-making. That the likelihood of a protection claim from an Afghan varies from 3% to 98% from one Member State to another with no objective explanation for the difference is evidence of injustice.

The second pre-condition is a return process that is effected in accordance with human rights; sometimes this is the case, often not. Finally, there should post-return monitoring. In many cases, including in Afghanistan, people just disappear after return, their fate unknown but unlikely to be positive. Without these preconditions, return should not be happening. But under no circumstances should people be “returned” to places they’ve never been. That Europe “returns” to Afghanistan people who have never been to the country, having been born or grown up as refugees in Pakistan or Iran, beggars belief, as does the desperate scramble to find safe areas of war-torn countries in order to send people there. Although Denmark’s mission to Syria to identify a safe place so it can send back Syrians is likely to prove a futile journey.

The current approach to return is – like so many other contemporary migration policies – counter-productive. Europe’s insistence on return and blocking access to protection is contributing to the major refugee-hosting countries ending protection and returning people. Pakistan has returned around one million people to Afghanistan in the last two years. Iran is under pressure from the EU to accept back a handful of its citizens, with the threat that visas will be harder to obtain if it doesn’t cooperate. This may in turn contribute to Iran stepping up the return of some of the 2.5 million Afghan refugees it hosts. As well as the deeper damage to EU-Iran relations, one of the EU’s few major foreign policy successes, this knock-on effect on Iran’s refugee policy will be highly damaging.

Mass forced return to Afghanistan, a country that has endured conflict for 40 years, with ongoing security risks, and socio-economic and governance problems, will simply create a pool of people ready to migrate, including to Europe. These push factors are why people leave not the illusory pull factors that return policies seek to combat. An alternative would have been to work constructively within the international system, including using the Global Compacts to build a global responsibility sharing system, and to support refugee-hosting countries. Europe could thus meet one of its aims: protection in “the region” (i.e. not in Europe). Instead, its short-termist efforts to return people are likely to create more forced migration.

The Seehofer incident has darker aspects. It reveals the extent to which people have been de-humanised, their fate becoming a matter for a little light humour from European leaders totally unaware of their privilege and the luck of being born in a particular place at a particular time. There is also a strong gender dimension here: young male refugees and migrants are stripped of their humanity and with it their rights, reduced to the embodiment of “threat” – a threat to “our” values, “our” societies and often “our” women. The latter coated with the additional irony that parties and politicians with a lamentable record on gender equality speak out in defence of women’s rights. The frequent classification of female refugees and migrants as vulnerable or as victims, can also be reductionist and problematic but at least they retain some humanity in the eyes of European politicians. The troubling macho posturing of nationalist leaders, including in the brutal or light-hearted enforcement of return, derives in part from a gendered assessment of these “others”.

Even if one reluctantly accepts that there may under certain circumstances be a role for return, the need to carry it out in a dignified and appropriate way is obvious and the opposite of the smug, self-congratulatory approach of Seehofer. Again, in this case, as in all cases of inhumane behaviour, there is thankfully a counter-reaction and people and politicians across Germany have called for Seehofer’s resignation.

The futility of it all is shown by the numbers. Celebrating the return of 69 (now 68) people from a country of over 82 million? Will Germans notice the removal of 0.0000008 % of the country’s population at a cost of somewhere around EUR 4 million? And the presentation of return as “the answer” remains a dangerous game: the constituencies to which it appeals will never be satisfied until all the “others” are gone. In Germany most of these constituencies are going to vote AfD anyway. The more interesting numbers – opinion polls – show that Seehofer hasn’t gained from either his MASTERplan or his quips about deportation.