Editorial: The Pact: First Drafts on APR and RAMM 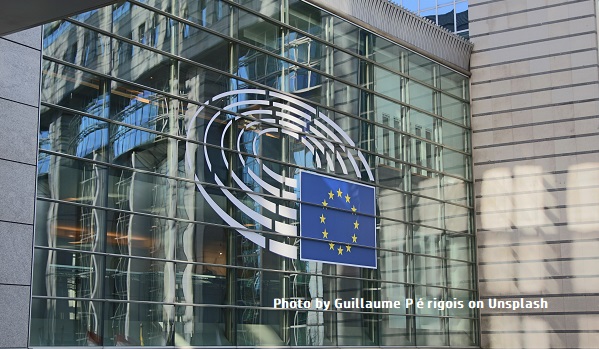 This week, the Pact moved forward a step with the presentation of the first of the draft reports prepared by the European Parliament’s rapporteurs. The shadow rapporteurs from the other political groups will now prepare their amendments to the reports and the final product will constitute the Parliament’s position on the legislative proposal in question, otherwise read as the amended proposal to be taken to negotiations with the Council. Right now, that other co-legislator looks blocked, with disagreements remaining among the Member States: unsurprisingly, a pile of complex legislation has not served to resolve deep and bitter conflicts, some of which Member States have no intention of resolving because their governments thrive on the battles with each other and with the EU. So it is up to the EP to make some progress.

The Parliament’s role in the 2016 asylum reform package was constructive. It rapidly reached positions that were on the whole supportive of the right to asylum and embodied a collective European approach that Member States acting in good faith could have signed up to. We all know how that ended: Member States and Council structures acting with considerable bad faith reneged on the inter-institutional agreements in May 2018 and blew up the prospects of an EU deal – perhaps definitively. This time around, the draft reports published so far could be judged a disappointing effort from the EP.

The draft on the Asylum Procedures Regulation (APR) leaves intact the complex and unworkable Commission proposal. The efforts to reintroduce procedural guarantees are insufficient and the legislation would still create a complex procedural labyrinth, with many applicants subject to cumulative substandard procedures, in detention. It does little to address the increase in responsibility or legal uncertainties.

The draft report on the Regulation on Asylum and Migration Management (the RAMM) is a far stranger concoction, however. The rapporteur has succeeded in making a bad proposal even worse, with proposed amendments that would both reduce protection standards in Europe and further increase the responsibilities of the countries at the external borders. The former is perhaps to be expected from the ever more hard-line “centre” right EPP group, but it is a mystery as to why MEPs from southern Member States have agreed to this proposal, which goes against their countries’ priorities.

For the beleaguered applicants arriving in Europe, the report increases the options for detention, particularly by extending from 4 to 12 weeks the detention period allowed before a Dublin transfer, and through detention along with unspecified “additional measures” to prevent unauthorised movement. It increases the prospects of return before full assessment of risks by allowing Member States “sponsoring” a return to deport the person from the benefitting countries not just from their own territory (i.e. the Netherlands, say, could deport people it is sponsoring from Greece – it would not have to first relocate them to its own territory).

The report removes most of the few positive changes proposed by the Commission. The scope of family reunion is limited – the Commission’s proposal to include siblings in the definition of family for the purposes of reunification is limited to unaccompanied children. Thus, apart from lone children, people seeking protection cannot be transferred to another Member State to unite with their sibling and have their applications heard there. Similarly, the holding of a diploma or educational qualification issued by a Member State (a meaningful link with that country) is removed as a criterion. More people’s cases will thus be the responsibility of the country of first entry. There is also a weakening of guarantees on information provision and Member States no longer need the approval of the people affected before they share information about them.

Shifting responsibility to the borders

As well as the restriction or removal of criteria on family reunion and qualifications, mentioned above, the following measures can be noted: permanent responsibility is back (the three-year limit on responsibility proposed by the Commission is out, already an increase on the current six-month limit); the time limit for issuing a take-charge request is halved to one month (although response time is doubled to two months); and there are additional grounds for extending to one year instead of six months the deadline for transfer under take-back process.

The headline change: SAR solidarity mechanism is out

On solidarity, the report proposes removing the solidarity mechanisms for situations of Search and Rescue (SAR). The SAR mechanism was believed to have been included to get Italy on board, but it was also of prime humanitarian importance. The delays and refusals to allow ships to dock and/or disembark rescued people may have been addressed by this mechanism, because it guarantees that other Member States take on some responsibility, thus alleviating the pressure on the country of disembarkation and removing one of the (invalid) excuses for not allowing rescue ships to dock.

Some improvements on solidarity

To be fair to the report, on solidarity, there are also some positive changes. First, the report simplifies the solidarity mechanism for migratory pressure, which ECRE had also recommended. Second, there is one important innovation: the use of the discretionary clauses by a Member State to assume responsibility for an application is to be counted as a solidarity contribution. This is important: ECRE has long argued for greater use of these clauses to realise a fairer distribution and to support countries at the border. In the absence of the deeper reform needed, they have the potential to generate a better balance for applicants and Member States alike.

The prevention of protection mechanism

These are minor improvements however and the catalogue of damaging proposed changes is extensive. Among them, a new mechanism is proposed for situations where there is merely a risk of migratory pressure. The real risk, in fact, is that the mechanism will be used to prevent arrivals and thus deny access to protection. It chimes with the push in the Council to “legalise” pushbacks and allow (even greater) differential treatment based on how applicants arrive. It also appears to be an attempt to pre-empt and substitute forthcoming proposals to amend the Crisis Regulation, which aim to establish a genuine crisis prevention mechanism.

The draft report demonstrates such blatant geographic bias that it will feed rather than alleviate the ongoing political conflicts. It also generates some speculation as to what is the underlying aim here. Some observers are even suggesting that the report is an attempt to sabotage the Pact; it should perhaps be read as an attempt to coerce the South into agreeing on the EC’s proposal by showing that it could be even worse; or perhaps as an attempt to preserve the content of the original RAMM: the other political groups now have to focus attention on removing these damaging amendments, as well as or instead of amending the original proposal.

The proposal so disregards the position of the Member States in the South, that the question may be whether it is more likely to convince the Member States in the East. From the launch of the Pact, the working assumption has been that it will not be possible to get support from all Member States. The same objecting groups, or blocking minorities, persist as in 2016, the southern and the central-east Member States (Višegrad Four) and the debate at the start was on how to get the South on board (hence the SAR mechanism) and to forget about the East. Has that now changed? Forget the South and build a majority with the East instead? After all, the V4 is now the V4+2 or more and the Southern Seven of the 2016 package debate has shrunk to the Med 5. Of course, the EU also has Eastern borders but the response to the Belarus crisis suggests highest level support for unfounded derogations from EU law, with violations and legislation in direct conflict with CEAS allowed to stand when it comes to arrivals from the East. For what it’s worth, ECRE’s view remains that nothing will be enough to persuade V4, at least not for Hungary and Poland, which thrive on EU conflict and dysfunction on migration, and most of the V4+2 are now actively hostile to the very idea of asylum in Europe, and hence to EU asylum policy, in any case.

Within the Parliament, it is imperative that the other political groups react strongly, with the shadow rapporteurs putting forward extensive amendments, including the necessary improvements of the original proposals neglected by these two draft reports. An early rumour that a deal has been done between the EPP group and the Renew group, leading on the APR, to support each other’s reports, thus not needing the support of the other groups, appears to be inaccurate, fortunately. There is a strong whiff of EPP manoeuvres, however: the Commission dominated by the EPP-allied Commissioners, with their past form (Greece is our shield etc) and an EPP rapporteur on the cornerstone RAMM proposal, mutually reinforcing a troubling approach in line with this group’s changing geographic composition and more extreme ideological positioning.

Whatever the underlying plan, some corrective balance is essential. First, corrections to support refugees and to support fundamental rights, including the right to asylum; and, second, in the case of the RAMM, corrections to support the fairer sharing of responsibility among the Member States, without which no progress is possible. The first drafts should go back to the drawing board.

Photo by Guillaume Périgois on Unsplash