Editorial: The JHA Council on Afghanistan: all about the EU 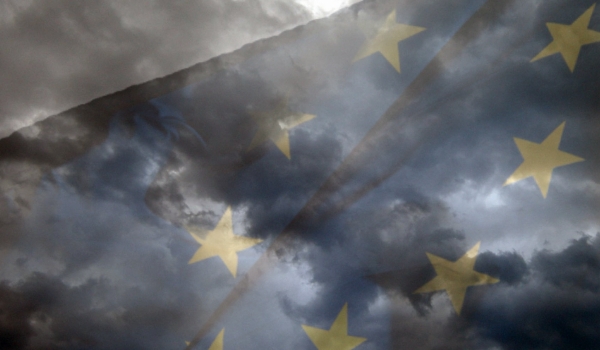 During the week of the rentrée, the Justice and Home Affairs Council demonstrated that it is still possible to produce something shocking in the field of asylum and migration (also known as the common anti-asylum and selective migration policy).

Having lived through the Austrian Presidency, the Danish attempts to return people to Syria, the Salvini Decrees, Orban’s scapegoating and all the rest of it, it is easy to become hardened to hardline politics and adept at blocking out toxic discourse. The JHA Council’s statement on Afghanistan broke through any protective shield, however, with its combination of European insularity, anti-refugee tropes and amateurish “security” talk. To see the events in Afghanistan through a purely European lens is kind of missing the point (although perhaps gives us another insight into what went so very wrong). The statement is so petty and provincial, it is hard to believe it is the work of ministers holding key portfolios in governments across a continent which aspires – perpetually, in one form or another, for good or for bad  – to be a global player.

It is perhaps unsurprising that a far-right (“populist” if you will) government holding the EU Presidency would draft such a statement. The shock is that a version with only a few amendments, still maintaining inaccurate and provocative language, should be agreed by all 27 ministers and accepted as the formal response of an EU institution to the Afghanistan crisis.

Even the term “illegal migration” made it through: referring to the Treaties to justify its inclusion is possibly the lamest excuse for pandering to racism – and undermining international law – that one is ever likely to hear. Everyone knows the significance of the debate on irregular vs illegal; those who insist on using the latter (such as Frontex management) do so for a reason. Yes, the term appears in the Treaty however the Treaty does not dictate that in the midst of a contentious debate at JHA Council following the fall of Kabul the EU is obliged to refer to people fleeing the Taliban as “illegal”. A bit of discretion is in order.

Was it worth it?

Apparently there was a debate (i.e. a big fight) in the Council, with opposition from a number of ministers (although only the redoubtable Jean Asselborn of Luxembourg spoke out publicly). But still, the statement shouldn’t have been agreed. Better nothing than this.

It also seems to run counter to the public mood, however intangible that is, with people across Europe gripped by the events in Afghanistan and supportive of protection. But even as the operational efforts to get people out as the doors were closing, while Afghans across Europe were “submerged” (in the words of one of ECRE’s Afghan colleagues) in desperate requests for support from family and friends fearing for their lives, the ministers thought this was the way to proceed.

Of course, it is not about a statement but about the policy it embodies and how it has become the mainstream approach due to the positioning of the Council, with the support of the Commission. Talking afterwards, Commission representatives seemed somewhat shell-shocked and not exactly pleased. The party line was that the statement demonstrates that the EU Member States can reach agreement on migration (hooray!). The Commission generally made it clear that it does not agree with the language in the statement but it does seem to support the substance and strategy it contains.

It is promoting resettlement, which is good, but there is little attempt to provide real balance through reference to asylum in Europe. Commissioners, press spokespersons and DG Home officials’ comments focus on protection in the region, tackling smuggling, and on the overriding priority of stopping “irregular migration” from Afghanistan. As everyone knows, this is code for preventing people from reaching Europe to seek protection. Yet the vast majority of people in need of protection have no choice but to use smugglers and have no choice but to cross borders to seek protection. Hence Article 31 of the Refugee Convention. The Taliban takeover in Afghanistan provides a case study: some people at risk of persecution will be evacuated; many others will not make it out and will have to flee across borders, with a small proportion of them making it to Europe. Europe’s leaders are currently doing the maximum possible to erect barriers to prevent them arriving.

The response on Afghanistan is partly the fruit of the supine approach dating back to the previous Commission, according to which the Commission’s self-defined role on asylum and migration policy is to do what the Member States want. It is also the logical conclusion of a strategy based on prevention of arrivals and putting the fight against “irregular migration” at the heart of the EU’s policy. In “normal” times, the constant attempt to intrude into external affairs is unhelpful and counter-productive (as ECRE and its partners in Africa have commented on extensively), at the time of a major internal relations crisis, it is downright dangerous. To hear the references to flying in to fight smugglers, and redeploying external funding begs the question: why are these interior affairs policy-makers so intent on doing everyone else’s job instead of their own? Is there nothing to do in Europe? Such as ensuring preparedness in asylum systems in Europe. An almost surreal moment arose with the suggestion that EASO should be deployed to support building of asylum systems outside Europe (job done in the EU apparently).

More concerningly, in response to the Afghanistan crisis – but also more generally – it appears that the EU is powerless in getting Member States to respect EU asylum law. On top of the flagrant non-compliance and daily violations, in Greece or Hungary for example, there is a major new development with legislative changes in Lithuania and Poland in response to the situation provoked by Belarus. The changes enshrine legislation that directly contradicts the CEAS and international law (see ECRE’s analysis published today and forthcoming).

When asked about the response in Europe, such as preparations for a possible increase in arrivals of refugees from Afghanistan, Commission officials referred to the Pact and how unfortunate it was that it was blocked. Regardless of views on the Pact, the point is that Europe is not currently operating in a legal vacuum. Asylum systems should be functioning and there is also a set of tools for responding to emergency situations – the civil protection mechanism, the TPD, EASO operations, AMIF funding, Dublin emergency clauses – should they be needed (in all of this, it must be underlined that it is by no means certain that there will be a significant increase in number of people seeking protection).

The statement and accompanying rhetoric are justified with vague references to security but refugees crossing borders is not a major security threat, as most Europeans understand. Indeed, the naïve understanding of the security threats on the part of the ministers responsible also generates concern. Yes, terrorism is a security threat but, first, there are far greater security threats facing Europe and, second, tackling it requires at least some knowledge of the perpetrators and drivers of violent extremism. Similarly, the expressed objective of JHA action and of the ministers making alarmist speeches over the last few weeks is to prevent a crisis such as the one in 2015. The real objective seems to be the opposite – to stoke fear and prejudice in order to generate a political crisis, which would help further anti-EU and anti-asylum agendas.

A fortunate lack of coherence

Luckily the EU does not speak with one voice. It is a cliché to bemoan the EU’s lack of “coherence” – meaning  the multiplicity of institutions and representatives and complex multi-polar decision-making of the EU – but on this we should be thankful for it as other EU institutions are taking a more reasonable and decent approach. At the European Parliament LIBE Committee the day after the JHA Council, MEPs across political groups sounded genuinely shocked when talking about the statement, shameful and disgusting were among the words used. Only the extreme right could muster support for it, and even they sounded half-hearted. A group of MEPs had already called for the use of the TPD; other alternatives were presented in the discussion. EP President David Sassoli strongly condemned the statement and the approach it embodies.

The EU’s response to the situation in Afghanistan must be led by the EEAS, however. This is a foreign policy situation – and the EU has spent +10 years building up a diplomatic service of over 4000 staff and Delegations around the world – which also includes security capacity and operates in addition to its development and humanitarian assistance. The EEAS has urged a broader approach and HR/VP Josip Borrell sounds like the grown-up in the room on Afghanistan, rightly focusing on the security, human, humanitarian, and political dimensions of the crisis not on the EU’s migration panic. Unfortunately, the EEAS faces another unhelpful rival in the form of the President of the Council asserting himself into external affairs, seemingly latest to play the role of saviour of the EU by doing migration deals (currently leaping into chairs across Turkey with Afghan displacement no doubt on the agenda and the check book). But if the EEAS is not in the lead on Afghanistan, why is it even there ?

The situation in Afghanistan is complex and tragic; it requires a multifaceted response which includes asylum in Europe for those in need of protection (noting again that the vast majority of the displaced are hosted in the neighbouring countries and this will almost certainly remain the case). ECRE has explained what it sees at the five current priorities for an EU response: safe and legal routes out for Afghans; humanitarian assistance to Afghanistan and the region; re-establishing security for the people of Afghanistan; rapid access to fair asylum procedures for those seeking protection in Europe; and suspension of deportations to Afghanistan. A calm and broad approach is needed. Interior ministers and heads of state who do not agree with the JHA Council line must speak out and support a different approach. The EP must also be a strong and vocal advocate and turn internal policies back to protection in Europe rather than its current expeditionary approach. Some parts of the EU are attempting a serious response to the situation in Afghanistan, commensurate with the gravity of what is happening, but it risks being torpedoed by Europe’s destructive obsession with migration.