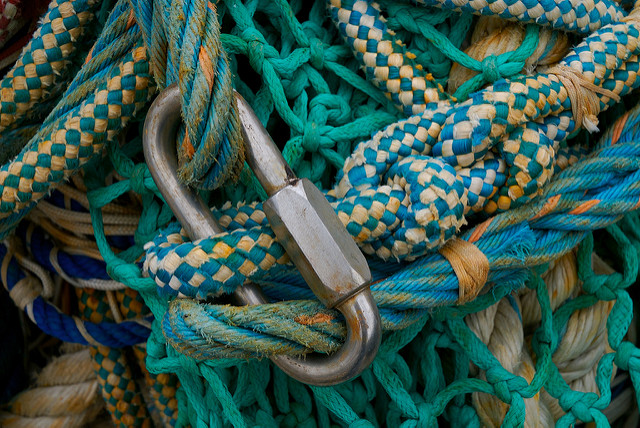 Despite a flurry of last-minute initiatives it looks likely that there will be no significant agreement on migration at the June European Council. Indeed, at the COREPER meeting of EU Member State Ambassadors this week even agreements that appeared to have been reached evaporated. On the Reception Conditions Directive, plans unravelled and the proposal for a Union Resettlement Framework came unstuck because certain Member State are insisting on migration control conditionality, i.e. that resettlement of refugees be conditional on cooperation with the EU’s migration agenda, and particularly on return.

The Commission, the Council and Member States are trying to move things forward, with most plans continuing to focus on outsourcing responsibility. The Commission has convened a mini-summit of the member states “most affected by migration” for the weekend, in an attempt to regain the initiative and to pre-empt proposals developed by Donald Tusk, President of the Council – although Tusk’s plans are unclear and, as with his previous initiatives, his office doesn’t have the weight or neutrality to broker an agreement. The incoming Austrian Presidency was forced to reveal its own plans after the Danish Prime Minister, who was “in the loop”, let things slip. These plans are a predictable continuation of the externalisation agenda that Austria has been pitching since its non-paper was presented at the end of 2016, with camps in the Balkans for the rejected asylum-seekers being one element.

All the plans include taking people rescued in the Mediterranean to North Africa, in the form of a regional disembarkation mechanism or the search and rescue centres of the Austrian proposal. The idea of European cooperation on disembarkation or a European regional disembarkation mechanism could be promising and help to avoid the situation that arose with the Aquarius rescue ship. International maritime law states that rescued persons should be taken to a place of safety but it doesn’t give a definitive answer on how to decide which port should receive a ship (the closest one? The one requiring least deviation from the ship’s path? The one coordinating rescue?) IML actively encourages cooperation. But a mechanism that is exclusively about North African countries accepting people, with European ports closing, will be politically impossible and lead to more loss of life and other humanitarian disasters.

The Commission’s plans were stimulated in part by the political crisis in Germany where Chancellor Merkel has been in a stand-off with Horst Seehofer, the Interior Minister. For this reason, the draft mini-summit document contains a strong emphasis on preventing secondary movement, designed to appeal in Bavaria but currently going down less well in Italy, which is threatening to boycott (along with the Višegrad countries which are boycotting although – unlike Italy – they weren’t actually invited). Other elements include strengthening external borders with an increase in size and a new mandate for Frontex. But the mini-summit also seems to be about brokering bi-lateral agreements in the absence of an overall EU agreement so it is hard to claim it is truly a reassertion of EU leadership.

In Germany, Merkel may have won the most recent battle with Seehofer but whether she has won the war is another question. Seehofer’s unfortunately named “master plan” is of course more about the Bavarian elections, where the CSU are competing with the AfD for the racist vote. But to claim that the alternative to it is a rapid agreement at EU level when there is no sign of that happening is a risk. That Seehofer’s proposal to prevent entry at the border is of course illegal (and how reassuring to see yet another Interior Minister proposing clearly illegal actions) is not a surprise given how much he likes cavorting with Viktor Orbán whose attack on the rule of law continues with laws passed this week which will likely see civil society representatives imprisoned before the year is out.

The debacle on resettlement demonstrates the naivety of the externalisation agenda – to benefit from the paltry number of resettlement places likely to be offered by EU Member States, refugee-hosting countries (some hosting millions of people) would have to support the EU’s agenda, including accepting back their own citizens and possibly also third country nationals. It is hardly appealing. The EU is desperately looking for incentives to get other countries to cooperate, but this serves simply to undermine a useful resettlement plan and EU foreign policy more generally. As with many bad ideas, conditionality was proposed by the Commission, resisted by Parliament, and is now insisted on by enough MS as to block progress.

The obsession with return is similar. It is presented as the magic bullet that will resolve the EU’s migration “crisis” but this is chimeric. It would hardly be possible to spend more time and resources on return: it is the number one priority for DG Home, for many Member State and for Frontex, which has more money for return that it can spend.

But return flounders because it depends on countries agreeing to accept back their citizens and many are unwilling to do so. In addition, there are many who cannot be returned. With this focus on return policy-makers create public expectations that can never be met. Return is for those who do not have the right to stay. But the anti-migration segments of the population to which politicians are pandering expect that “everybody” will be returned and are then angry when they see people they assume to be irregular migrants. But people’s status (citizen, refugee, “failed asylum-seeker”, “illegal migrant”) is not stamped on their forehead (yet) and those they object to will always be there because many are as European as they are.

One major problem in the latest round of initiatives is that Italy is lost for now: the failure to propose substantive reform of the Dublin system in 2016, combined with the constant, often unfair attacks on Italian management of migration by northern Europeans, means that there is no willingness to compromise or even to negotiate. These are also the reasons why the particularly alarming governing coalition is in place – and why there is now deep hostility towards the EU among progressives in local and national politics and institutions, and among those working on refugee and migrants’ rights. The Commission and Member States, including Germany are reaping what they have sown.

In short, it is a right bloody mess. Two years of tortuous negotiations on proposals that didn’t address the fundamental flaws of the system and were from the beginning too focused on blocking access to asylum in Europe. Civil society, local governments, cities, business, and some few political leaders will continue to argue for real alternatives: a functioning asylum system in Europe; massive expansion of the promising safe and legal channels for refugees (and legal migration/regularization for others); global responsibility sharing and tackling the real causes of forced displacement; and integration of refugees in Europe through access to rights. Unfortunately, at the high political level they remain in externalization fantasy land.