Editorial: Hungary: Focus on the demagogue not the scapegoats 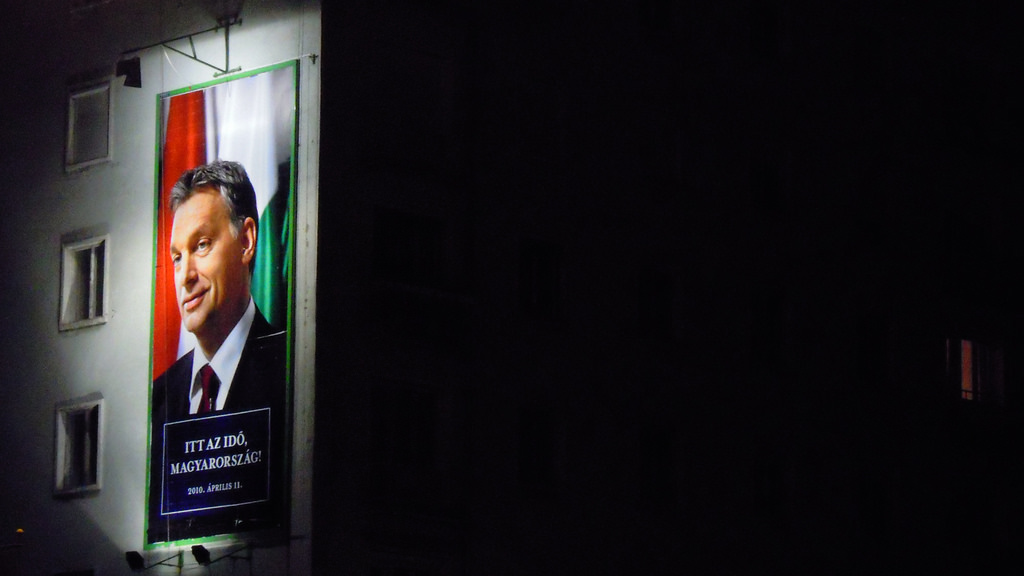 The Hungarian elections produced the depressing return of Viktor Orbán and with him the increased threat to civil society, individual activists, the rule of law in Hungary, and to the EU itself.

The European Parliament report this week provides an overview of the problems. For ECRE, the xenophobia, racism, and stoking of hatred of refugees, migrants and minorities that played out during the election is a major concern, as is the attack on human rights defenders. Underlying this scapegoating is the attack on the rule of law itself, including control of the media, institutional capture, and repression of civil society. Elections alone do not mean that a country is democratic, particularly when they are “free but not fair”. Freedom House’s Nations in Transit survey records a decline in democracy in Hungary every year for the last ten years, and soon the country may move from the category of “semi-consolidated democracy” (the optimistic framing presumed a progression towards consolidation) and revert to being an authoritarian state.

The attacks have taken a sinister turn with the personalisation of the crackdown. The proposed anti-civil society laws include categorisation of individuals as a national security risk, with restrictions on movement to be imposed on them (followed no doubt by harsher measures– being classified as a national security risk in an oppressive state does not end well). The names of individuals to be targeted was conveniently published this week by one of Orbán’s propaganda channels.

But underlying all of this is the alleged widespread corruption, including in the use of EU funds. Some argue that Orbán and his cronies are self-interested opportunists and the anti-refugee rhetoric and action is there to distract while enrichment takes place; the attack on democracy serves to reduce transparency and opposition, without which corruption flourishes. As demagogues throughout history know, focus on the “other” helps to detract from the failures and vices of the leader.

But there is more to it than that. In Hungary, there is a genuine sense of victimhood, resentment and frustrated entitlement that Orbán taps into but also seems to experience. He is playing out his own resentment against the liberal elites. This lies at the heart of many populist mobilisations of people against others elsewhere in Europe. In the east, the experience of EU accession fostered some of this resentment, as well as failing to consolidate democracy, and it needs to be re-examined in light of the last five years of backtracking.

For European policy-makers, the corruption and the anti-EU rhetoric should cause concern even if too many have an open or secret admiration for Orbán’s anti-migration stance. Authoritarian, corrupt and captured states make for very poor allies.  How can you develop a common security policy with such an untrustworthy ally? What possible intelligence sharing can take place? What common objectives can be developed? How will the EU function without some level of solidarity among its Member States?

Is it now going to be normal for authoritarian countries to be part of the EU? What are the implications for the accession of the countries of the Western Balkans? If rule of law is no longer a requirement of membership, can they abandon it, along with the fight against organised crime, and join regardless? (So long as they keep refugees out, of course).

Possible actions are widely discussed; some have been initiated but need expansion. The Commission should continue with and speed up its use of infringement proceedings, regardless of concern that if they do not generate action then the tool and the Commission itself will be undermined: the Court decisions that result will be useful in the future. Some in the Commission also fear that acting against Orbán strengthens him because he exploits anti-EU sentiment; but not acting strengthens him more, along with all the demagogues in government, in waiting and in training across Europe who are emboldened by his impunity.

The rule of law framework should be used and rendered more robust in line with the European Parliament’s proposals. The plans for rule of law conditionality for EU funds must be rolled out by Commissioner Jourova, with the link made to the European Public Prosecutors Office (EPPO participation as a condition of funding). Article 7 has to be on the table.

The EPP has to end its complicity in all of this and kick out Fidesz, regardless of the impact on its EP majority. The idea that by keeping Fidesz in they act as a restraining force is just laughable. Some in the EPP are revealing their true colours as they laud Orbán’s extremist stance and his xenophobic discourse. They may see him as a hero who says openly what “everyone” really thinks on migration, and gives others the legitimacy to chip in with their own racist views, which now become commonplace in policy debates in Europe. But they should at least reflect on how the taxpayers of southern Germany and rural Austria will respond to the continued shovelling of their money towards his cronies.

Orbán’s victory and developments in Austria, Italy and elsewhere, at least show that preventing refugees arriving in Europe – the “success” of the EU-Turkey deal or the even dodgier deals with Libyan militia – do not save Europe from the extremists – quite the opposite. The fear and loathing can be directed against those already in Europe, against minorities, against liberals. It can work even when there are no refugees in a country. (As anti-Semitism remains a powerful mobiliser even in countries where the Jewish population had been exterminated or exiled). Thus the hope that stopping arrivals will lead to extremists fading away should be replaced with rights-based alternatives.

If more evidence were needed about the situation in Hungary, in June the Venice Commission will publish its opinion on the new anti-civil society laws likely to be passed in May. The widely predicted assault on the judiciary and closure of the CEU could also stimulate action.

But the actions are obvious – the question is whether the key policy-makers have the courage to take them and to follow through as the investigations and evidence mount up. If not, minorities, migrants, refugees, human rights defenders, investigative journalists and academics will continue to pay the price. In order to distract attention from what’s happening, they will be threatened, silenced, shut down, constrained, and imprisoned.