Editorial: Afghanistan – Return Policies Should not Be Guided by Oversimplifications 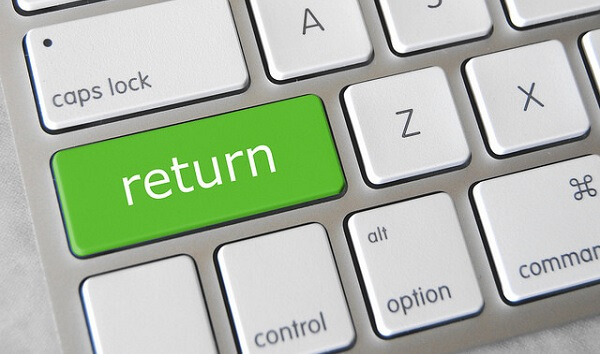 This week ECRE publishes a Policy Note and an analysis of case law on return to Afghanistan, building on its previous work on return of persons to that country. Despite ECRE’s critical stance on contemporary return policies, including in relation to Afghanistan, our starting point is that return is a valid part of asylum and migration policy. Not only that, it could be argued that the role of return becomes even more important in a context when access to protection is threatened. Europe’s strategy is one of preventing all migration into Europe. We argue that people should be allowed to enter Europe to seek protection, it is not illegal to do so and incorrect and overly restrictive readings of international law are leading to claims that people need to stay in other countries. However, having in place effective return practices might help persuade policy-makers to continue to allow access to protection. The case of Afghanistan shows, however, that even the potentially useful roles of return can be undermined by an excessive focus on it.

First, ECRE’s position remains that return should only be used with three prerequisites in place: fair and consistent decision-making; humane return procedures; and agreements with third countries that are transparent and respect fundamental rights. The analysis of Afghanistan shows that this is not the case, particularly in regard to the first point, with the recognition rate for asylum claims of persons from Afghanistan ranging from 6% to 98% across different EU+ countries.

Second, while return may be part of asylum and migration policy, it attracts disproportionate attention and resources. The divergence in decision-making – among many other issues – indicates that greater focus on improving asylum systems, including decision-making would be more fruitful. ECRE’s advocacy on EU funding and on the role of the EU’s agencies includes specific recommendations for rebalancing in this direction.

Instead, attempts to deal with the divergence have focused on encouraging the use of the “Internal Protection Alternative” – the IPA. Simply put, this involves denying claims for the protection in Europe on the basis that parts of a country may be safe. As a consequence, even if a person’s city or region of origin is not safe for them, they could be “returned” to another part of the country. Related concepts (or terms sometimes mistakenly used instead of IPA) include the Internal Flight Alternative and Internal Relocation Alternative, both of which carry the additional connotation that persons should not have left their country but rather should have fled or relocated to another part of it.

The IPA is allowed under EU asylum law and can play a role; again, concern is about the excessive use or dependence on this approach rather than exploring alternatives. Analysis of case law shows the different treatment across Europe of these concepts. The underlying question for Afghanistan is whether any part of the country is really safe, and thus suitable for application of an IPA. In some countries, courts are even refusing to transfer persons to other EU Member States because of the risk that they would then be transferred to a part of Afghanistan, which the court in question deems unsafe for them.

These are legal considerations but ethical considerations also come into play and should not be dismissed, even by the most hard-hearted of policy-makers. The volatile situation in Afghanistan is well-known and it contributes to protests against deportations, which have become more widespread not just among activists but also among school pupils, teachers and religious communities who consider it wrong to be returning people with whom they live, work and study. Returning people to cities they’ve never been to – in some cases to a country they’ve never been to – seems cruel to many.

The Policy Note also includes the latest figures on return of persons to Afghanistan from Iran and Pakistan, two major refugee-hosting countries, opening up the question of the conflict between internal migration-related policy objectives and external affairs objectives. EU-Iran relations is a serious business: recent rapprochement is threatened by shifts in US policy, with European investment as well as regional security at risk. These are delicate matters of high politics, diplomacy and security, and throwing in migration really lowers the tone. Beyond the case of Afghan refugees, the EU is also trying to increase returns to Iran itself.

This approach undermines Europe’s own objective of preventing arrivals of Afghans in Europe (we may not agree with it but it’s hard to dispute the existence of this objective). Other approaches would be more fruitful. For example, supporting protection of persons in Iran is important but focusing on return of Iranians undermines cooperation. Second, supporting the stability and development of Afghanistan should be a top priority, not because of the opportunity it provides for returning a few people from Europe, but because the fate of over 700,000 returned from other countries is at stake. Here, negotiating and pressuring Afghanistan on return detracts from these efforts. Return policies don’t necessarily undermine these other objectives but in practice they often do because attention, financial resources and political capital are plugged into return to the detriment of the long-term efforts that are needed to respond to challenges linked to migration and Afghanistan.

Underlying the political pressure to return people to Afghanistan and the legal and practical errors that result, are popular myths about “pull factors”: people are pulled into Europe by its generosity and thus a hostile environment must be created to deter them. Research on and comprehensive reviews of literature on pull factors indicate that this type of thinking is at best a gross simplification, and often inaccurate. EASO’s report from 2016 on the subject and the large body of analysis from the UK where the topic of pull factors has been most extensively studied, show that no generalisations are possible about the role of pull factors, which – if they even exist (there is no conclusive evidence) – certainly operate in a more complex way than mainstream policy-making would have it. First, push factors are far more significant for many of those arriving in Europe. Then, decisions to attempt to reach Europe and then to head for a particular country –insofar as they are “decisions” – reflect multiple factors and vary across groups and time (changing significantly while they are on the move), influenced by a person’s own identity, information and misinformation, constraints on their movement and so on. Overall, evidence shows that migration policies in destination countries have little to no impact on the movement of people or on their preferences as to country of destination. Even a cursory study of Afghanistan – the situation in the country, the history of conflict and displacement, the journeys that people undertake, what they experience in Europe – shows that an  approach claiming that increasing return (with concomitant increase in detention) will act as a deterrent is surely overly simplistic. Yet this drives policy-making, with the risk that tackling the mythical pull factors undermines efforts or at least detracts from efforts to deal with the very real push factors.

Returning to the starting point, yes, return is part of asylum and migration policy but it must be used cautiously, judiciously and in full conformity with the law. Otherwise it becomes counter-productive – even as a tool for reducing migration. The case of Afghanistan indicates some of the ways in which this occurs.