Editorial: A COVID lockdown should not mean light is not shed on what is happening in Europe 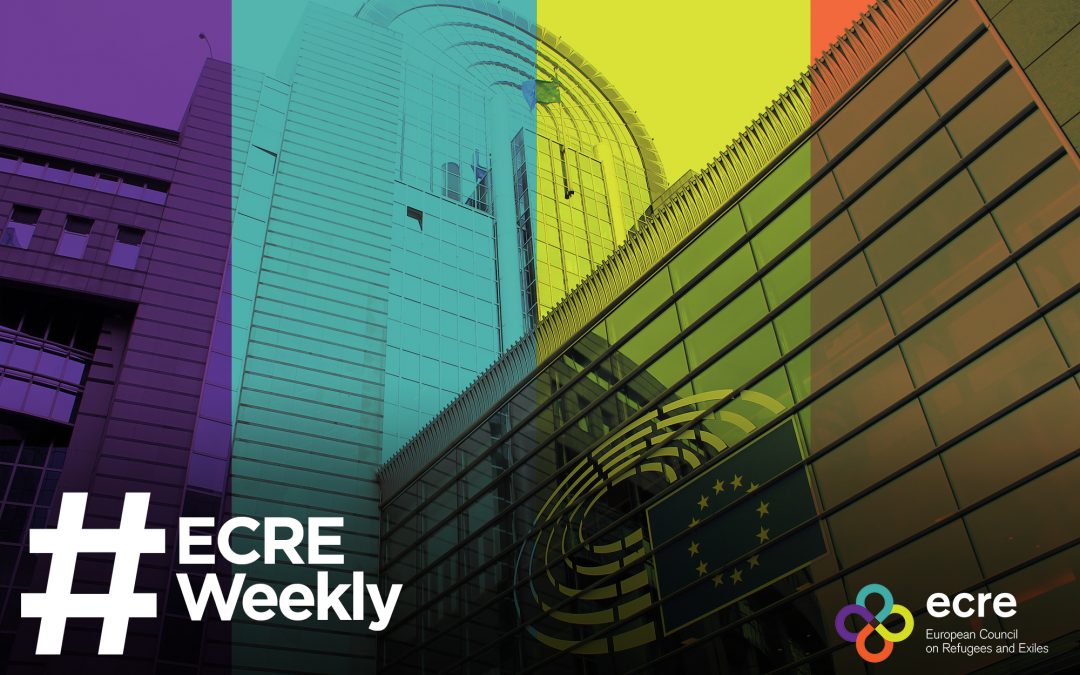 Despite or because of the lockdown being re-imposed across Europe, including here in Belgium, ECRE will continue to publish its Weekly Bulletin. Unfortunately, the first wave of COVID19 and subsequent lockdown was used as an excuse by too many European countries to seek to deny the right asylum in Europe and to deny the rights of asylum-seekers and refugees (and others, their own citizens). There is a strong risk of similar forays into illegality and restriction during this lockdown, including an escalation of violent prevention of access at borders.

Just this week, brutality has been documented at the borders of Croatia and Bosnia and Herzegovina by ECRE member organisation, the Danish Refugee Council, including beatings and rape. The report adds to the mountain of solid, corroborated evidence on what is happening there. This was followed by the publication of extensive findings into the activities of Frontex at the borders of Greece, including witnessing and even cooperation in pushbacks. Thanks to a joint investigation of Bellingcat, Lighthouse Reports, ARD, Der Spiegel and TV Asahi, there can be no doubt about the activities of the Greek authorities (previously exposed by the NYT) nor, unfortunately, of the complicity of the EU, in the form of Frontex as an EU agency, in the violations taking place. Unsurprisingly, Frontex at first refused to investigate, continuing its management’s approach of refusing to look into or document incidents as a technique for avoiding accountability – in a context where accountability mechanisms are already both scant and flawed.

With violations of EU and international law, up to and including breach of the fundamental principle of non-refoulement, taking place a strong reaction from the EU and international organisations is essential. If borders are closed during a lockdown, exemptions need to be in place for those seeking protection, as emphasised by UNHCR and IOM, and the European Commission earlier this year. The response of European Commissioner Johansson to the allegations listed above, including convening a meeting of the Frontex Management Board are welcome and must be followed through.

ECRE will also use the Weekly to publicise analysis on European Pact on Migration and Asylum, which continues despite the lockdown: some parts of the Pact could help to tackle violations, such as the proposed border monitoring mechanism, should it be revised to be independent and wider in scope; other elements increase the risk of violations, such as border procedures and the many provisions on return, so must be debated and at least revised to limit damage. Despite the many pressures of the health emergency, reforms should be subject to proper scrutiny.

As with the first lockdown, there are opportunities for countries to take a different, positive approach to refugees, for instance, through improving reception standards, reducing the use of detention and expanding rights to work and housing. Working through backlogs in status determination can also help (but procedures must be fair). Where positive initiatives are replicable, they should be highlighted, as should the banal realisation that refugees have much to contribute to Europe, including in times of crisis. Finally, the impact of COVID elsewhere in the world, including in major refugee hosting countries, and the humanitarian consequences and risks of increased displacement need to be publicised, particularly when efforts to undermine EU security, development and trade policies in the interests of migration control are in full flow.

Thus, ECRE will continue to publish news on events in Europe. Knowledge may not be power because it doesn’t alone change very much –indeed, knowledge of violations where action doesn’t follow can create immense frustration for all concerned. Nonetheless, knowledge is a precondition for action and for redress. Without the documentation and dissemination of information, violations continue in the dark, certainly unaddressed. A lockdown should not mean light is not shed on what is happening in Europe.