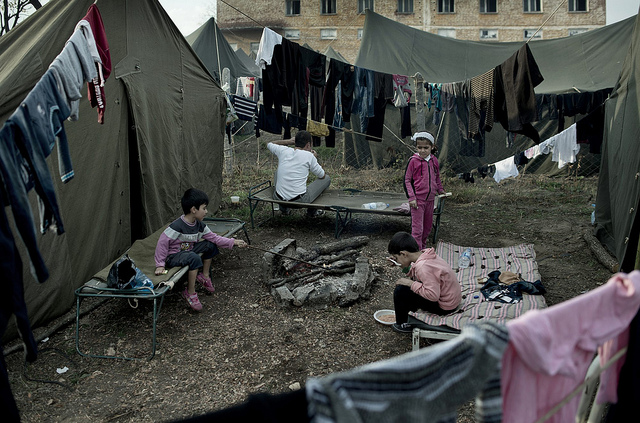 On 7 December 2017, the European Court of Human Rights (ECtHR) ruled that the detention of an Iraqi couple and their three children at the border police’s detention facility in Vidin, Bulgaria qualified as inhumane and degrading treatment violating Article 3 ECHR. In July a leaked letter from the European Commission to the Bulgarian Ministry of Interior based partly on the AIDA country report covering 2016 revealed numerous concerns including the conditions in detention centres.

The case of S.F. and others v. Bulgaria (application no. 8138/16) concerned an Iraqi couple and their three children (aged sixteen, eleven and one and a half years old) intercepted by the Bulgarian police when trying to cross the Bulgarian-Serbian border. The ECtHR established that despite the modest length (about 32 hours according to the Bulgarian government or about 41 hours according to the applicants) of  detention the conditions were not suitable for children given the problematic state of the cell and the lack of access to food and toilets. The AIDA country report describes detention facilities in Bulgaria as “frequently overcrowded” and establishes that “means to maintain personal hygiene as well as general level of cleanliness are not satisfactory.”

The general conditions in Bulgaria has lead different domestic courts for example in Italy and the Netherlands to suspend transfer to Bulgaria under the Dublin III Regulation.

Bulgaria remains a transit country rather than an intended country of destination and according to a survey conducted by Bulgarian Helsinki Committee (BHC) in October 2016, 99.8% of interviewed detention population stated that Bulgaria was not their destination.

According to the latest official statistics, the vast majority of decisions taken by the Bulgarian State Agency on Refugees (SAR) discontinue or terminate asylum procedures after asylum seekers leave the country. Out of a total 20,500 decisions, 15,876 related to such cases, while only 4,624 decisions examined asylum claims in substance.