ECRE Working Paper: Civil Society Input to EU-AFRICA Cooperation on Migration: The Case of The Gambia 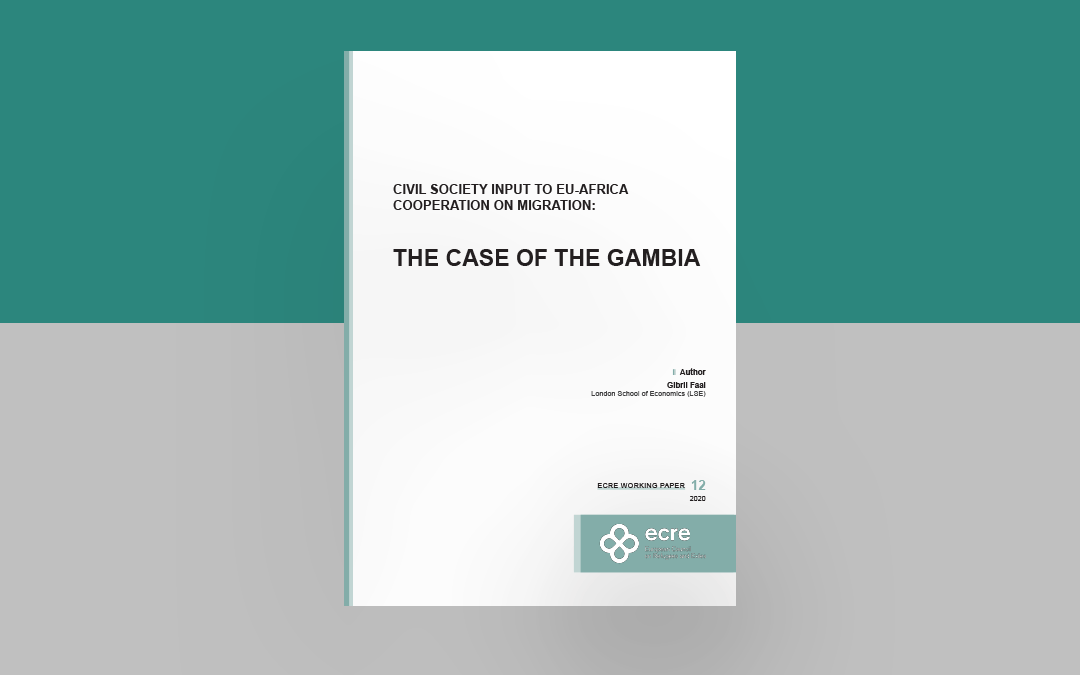 The paper details how asylum and migration was included in the transitional development plan and what forms the cooperation on migration took between the EU and The Gambia between 2017-2020, which was largely orientated on the Joint Valletta Action Plan (JAVP). Using the five domains of the JVAP, the working paper assesses the impact of policies which reveals mixed results. The analysis touches on return from Libya and Niger, deportations from Europe and unresolved asylum cases in Europe. It also discusses the attempts to address the causes of irregular migration and finds that support for youth entrepreneurship and overall budget support has been useful while EU funding of Gambian-led civil society is marginal.

In the field of protection and asylum in Europe, the working paper focuses on Italy and Germany. While protection rates differ, the uncertainty about legal status, anxiety about deportation, and state of limbo that these migrants live in has a range of negative effects on the lives and livelihoods of thousands of unsettled Gambian migrants.

Despite the decrease of emigration from The Gambia since the end of the dictatorship, a sizeable proportion of young Gambians still believe that they cannot make a good life for themselves and their families in The Gambia, and are thus prepared to invest funds and risk their lives to take perilous irregular journeys to attempt to enter Europe. The working paper finds that there are no programmes, schemes and actions for legal migratory pathways for young or semi-skilled Gambians to travel and/or work in Europe.

The paper ends with recommendations for improved cooperation between The Gambia and the EU through the implementation of a diaspora strategy, support to civil society as well as innovation in regularisation, circular migration and entrepreneurship.