ECRE & UNHCR Report: Follow the Money IV – The use of AMIF and ISF-BV funds outside the EU 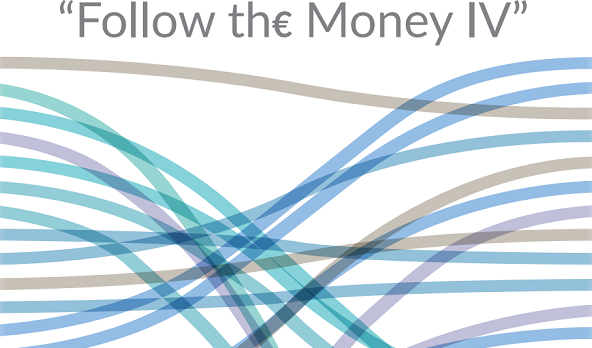 ECRE and UNHCR have published a report that provides an overview of how funding from the Asylum, Migration and Integration Fund (AMIF) and Internal Security Fund- Borders and Visa (ISF-BV) was used outside the European Union (EU) during 2014-2020, presents an analysis of the provisions for external spending from the 2021-2027 AMIF and the Border Management and Visa Instrument (BMVI), and offers key recommendations for Member States and the EC to improve transparency and accountability on the use of these funds.

This report analyses the funds managed by the EC in what is termed “direct management” and the funds managed by the MS in “shared management” used outside the EU, concluding that information and evidence is more readily available for the former than the latter. In fact, an overall conclusion of this study is that analysis is significantly hampered by the absence of or difficulty in obtaining relevant data. Another overall conclusion is that, of all AMIF and ISF-BV funding, only a small amount was spent outside the EU. However, the breakdown reveals that a significant amount of Union Actions, one of the categories of funding under direct management, was spent outside the EU, with 61% of AMIF funds and 39% of ISF-BV in this category having been dedicated to spending outside the EU.

Although funds under direct management are only a small percentage of the total for each fund—with far larger amounts under shared management—they are nevertheless in high demand, especially in a context wherein MS’ programming of funds under shared management tends to reflect governmental priorities. In this regard, Union Actions have traditionally been used for transnational activities within the EU and for support to IGOs and NGOs. Thus, it is potentially a cause for concern that a high percentage of these limited yet highly sought-after funds are being spent outside the EU.

For funds under shared management spent via the Member States’ national programmes, all findings are partial and subject to heavy qualifications due to the limited data set available. Specifically, it appears that the use of this AMIF and ISF-BV funding outside the EU was very limited, albeit slightly more frequently for AMIF than for ISF-BV. Under AMIF, all MS who responded to a survey specifically conducted for this study (eleven MS) used small amounts of funding to support return, one of the AMIF priorities. While a full overview of MS’ use of funds is not provided, the figures indicate that needs in relation to asylum, integration and border management priorities are so high that MS prioritise allocating funds inside the EU through expenditure on these activities. A comparison of the legislative framework governing the funding instruments for the 2014-2020 and the 2021- 2027 budget periods finds that the scope for action in third countries has been significantly broadened.

This report argues that this change has given rise to challenges which should be addressed, with recommendations provided as to how this could be done. Primarily, important provisions which aim to regulate and strengthen fundamental rights monitoring so as to ensure coherence with EU external policy objectives (which should be the overall framework for action outside the EU) and to increase the transparency of funding are not adequately applied in practice. Greater operationalisation and the subsequent systematic use of these provisions would increase the effectiveness of the funding for the external dimension.

This report was written by Estela Casajuana from Profundo and commissioned by ECRE and UNHCR. It draws on the knowledge base developed by the three previous studies in the Follow the Money series, as commissioned by ECRE and UNHCR. The first two studies assessed national programming and the design and implementation of the 2014-2020 AMIF funding for asylum, integration, and return (Follow the Money I and II), with most recent study having analysed the AMIF funding used to incentivise and support MS participation in solidarity and responsibility-sharing measures in EU asylum and migration policy (Follow the Money III).