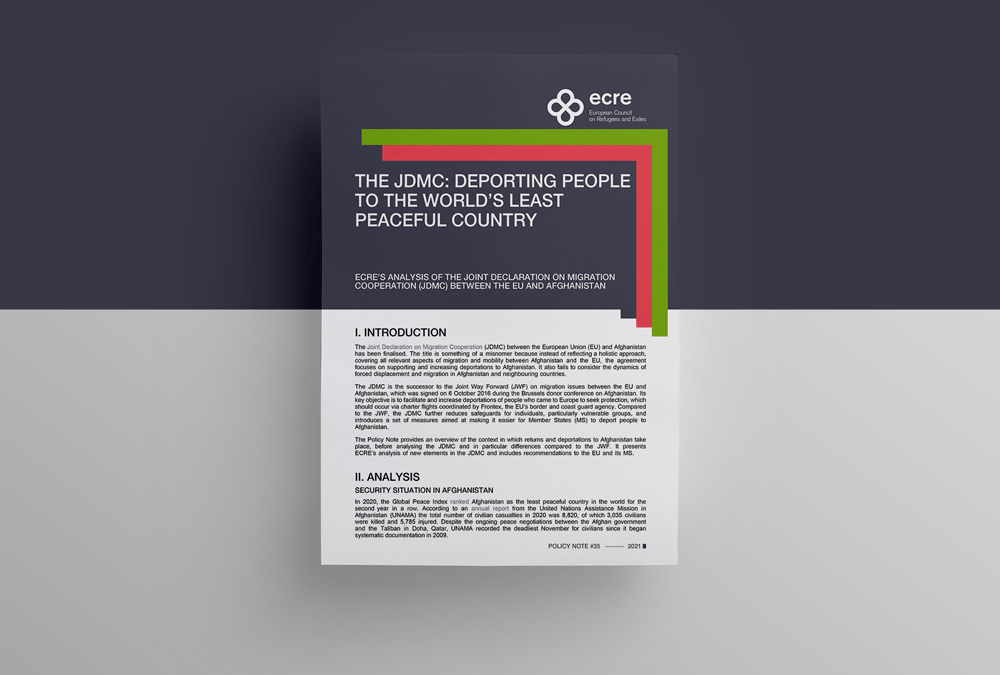 This Policy Note offers ECRE’s analysis of the Joint Declaration on Migration Cooperation (JDMC) between the EU and Afghanistan.

The Joint Declaration on Migration Cooperation (JDMC) between the European Union (EU) and Afghanistan has been finalised. The title is something of a misnomer because instead of reflecting a holistic approach, covering all relevant aspects of migration and mobility between Afghanistan and the EU, the agreement focuses on supporting and increasing deportations to Afghanistan. It also fails to consider the dynamics of forced displacement and migration in Afghanistan and neighbouring countries.

The JDMC is the successor to the Joint Way Forward (JWF) on migration issues between the EU and Afghanistan, which was signed on 6 October 2016 during the Brussels donor conference on Afghanistan. Its key objective is to facilitate and increase deportations of people who came to Europe to seek protection, which should occur via charter flights coordinated by Frontex, the EU’s border and coast guard agency. Compared to the JWF, the JDMC further reduces safeguards for individuals, particularly vulnerable groups, and introduces a set of measures aimed at making it easier for Member States (MS) to deport people to Afghanistan.

The Policy Note provides an overview of the context in which returns and deportations to Afghanistan take place, before analysing the JDMC and in particular differences compared to the JWF. It presents ECRE’s analysis of new elements in the JDMC and includes recommendations to the EU and its MS.