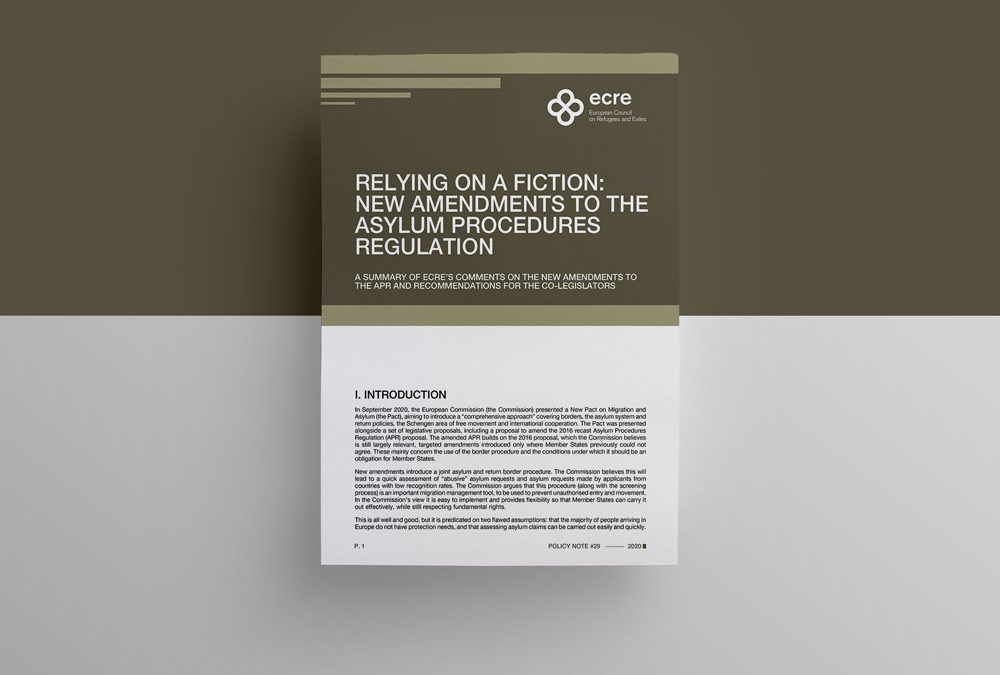 In September 2020, the European Commission (the Commission) presented a New Pact on Migration and Asylum (the Pact), aiming to introduce a “comprehensive approach” covering borders, the asylum system and return policies, the Schengen area of free movement, and international cooperation on asylum and migration. The Pact was presented alongside a set of legislative proposals, including a proposal to amend the 2016 recast Asylum Procedures Regulation (APR) proposal. The amended APR builds on the 2016 proposal, which the Commission believes is still largely relevant, with targeted amendments introduced only where Member States previously could not agree. These mainly concern the use of the border procedure and the conditions under which it should be an obligation for Member States.

New amendments introduce a joint asylum and return border procedure. The Commission believes this will lead to a quick assessment of “abusive” asylum requests and asylum requests made by applicants from countries with low recognition rates. The Commission argues that this procedure (along with the screening process) is an important migration management tool, to be used to prevent unauthorised entry and movement, and to increase deportations, a key part of the Pact. The Commission sees the procedure as easy to implement and flexible, while still respecting fundamental rights.

This is all well and good, but it is predicated on two flawed assumptions: that the majority of people arriving in Europe do not have protection needs, and that assessing asylum claims can be carried out easily and quickly

Neither are correct. It is known, however, that border procedures and accelerated procedures lead to more detention and fewer people being granted a protection status. As experience in the hot-spots has shown, containment at borders can also cause severe suffering for individuals.

ECRE has serious concerns about the proposed border procedures and the deliberate joining together of asylum and return procedures. ECRE believes it will lead to an increase in detention, to protection gaps and an increased risk of refoulement for individuals, as well as increasing the administrative burden on certain Member States. ECRE urges the Commission and co-legislators to withdraw proposals for border procedures and recommends that, instead, Member States invest in regular asylum procedures, to make them fair and efficient, compliant with rights, and adequately resourced.

If the proposal is to be adopted, ECRE includes here a non-exhaustive list of recommendations to bring the proposed legal framework into compliance with fundamental rights. It should be read in conjunction with ECRE’s more detailed Comments on the Commission Proposal COM(2020) 611 and the 2016 proposal for a recast APR, COM(2016) 467 and ECRE’s policy note: Border procedures: Not a panacea.