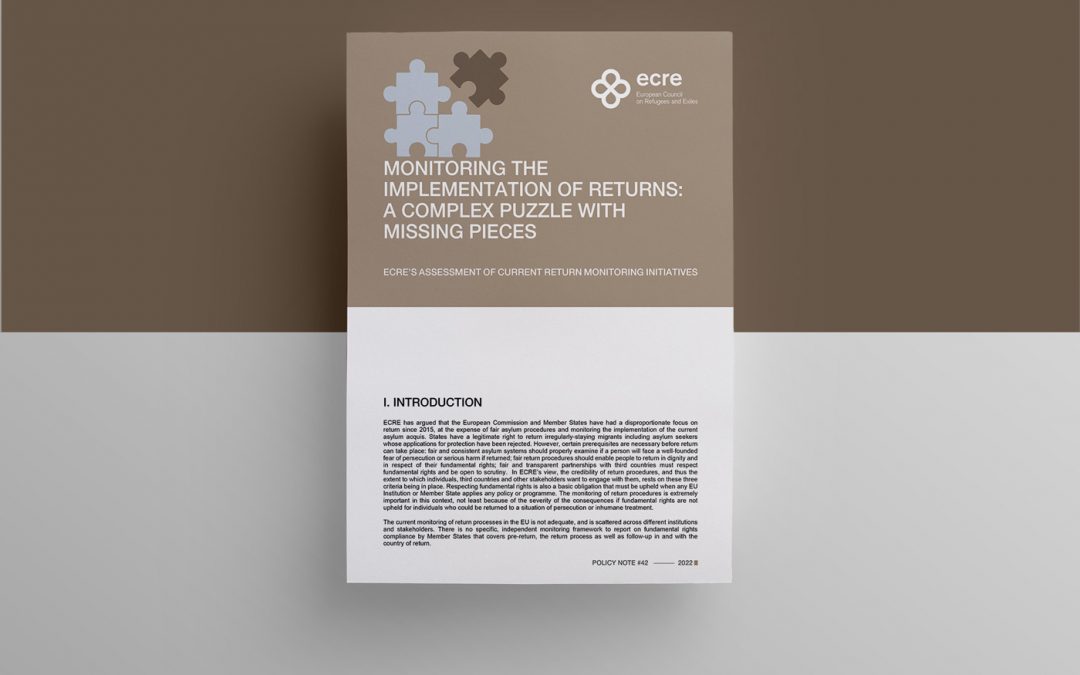 ECRE has published a Policy Note that assesses current return monitoring initiatives. It finds that the current monitoring of return processes in the EU is not adequate, and is scattered across different institutions and stakeholders. There is no specific, independent monitoring framework to report on fundamental rights compliance by Member States that covers pre-return, the return process as well as follow-up in and with the country of return.

In ECRE’s view, the credibility of return procedures, and thus the extent to which individuals, third countries and other stakeholders want to engage with them, rests on three criteria being in place: fair and consistent asylum systems should properly examine if a person will face a well-founded fear of persecution or serious harm if returned; fair return procedures should enable people to return in dignity and in respect of their fundamental rights; fair and transparent partnerships with third countries must respect fundamental rights and be open to scrutiny. The monitoring of return procedures is extremely important in this context, not least because of the severity of the consequences if fundamental rights are not upheld for individuals who could be returned to a situation of persecution or inhumane treatment.