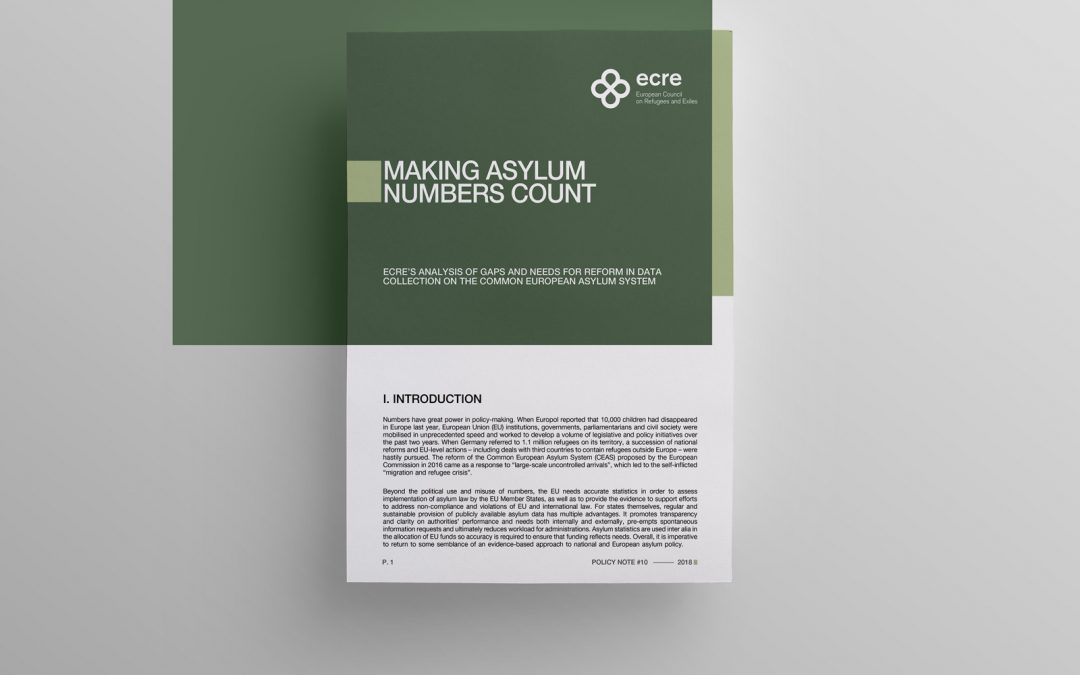 ECRE has published a Policy Note analysing gaps in the collection and provision of asylum statistics in the EU at a time when the Common European Asylum System (CEAS) is debated in an aura of “high politics”. Problems identified include an overly narrow set of obligations to collect data under the Migration Statistics Regulation and an absence of compliance with it, as well as parallel and often competing data collection by EU bodies, international organisations and national authorities with civil society and others seeking to compensate through gap-filling.

The implementation of the modest provisions of the Migration Statistics Regulation remains problematic, particularly as regards the Dublin system. Eurostat data on Dublin have been incomplete every year since 2010, and systematically released late. In many cases, civil society tools such as ECRE’s AIDA have filled gaps by collecting and publishing information from national authorities more rapidly than the designated actors at EU level.

At the same time, the proliferation of EU actors – including the European Asylum Support Office (EASO), the European Migration Network (EMN) and the Fundamental Rights Agency (FRA) – and other bodies collecting asylum statistics often with overlapping mandates has resulted in additional workload on national administrations. Member States have recently highlighted overlaps between their reporting obligations to Eurostat and EASO, which set different criteria for the same pieces of information.

The Policy Note sets out a number of recommendations, including a thorough assessment of gaps, delays and obstacles to the provision of asylum statistics in the next implementation report of the Migration Statistics Regulation due by August 2018, as well as a proposal to reform the Regulation with a view to expanding and further elaborating Member States’ obligations to collect statistics.

It also urges civil society to continue engaging in analysis and interpretation of data, which remain crucial to evidence-based policy-making. Insofar as needs persist, civil society should continue to fill data gaps to encourage more active and comprehensive collection from official actors.