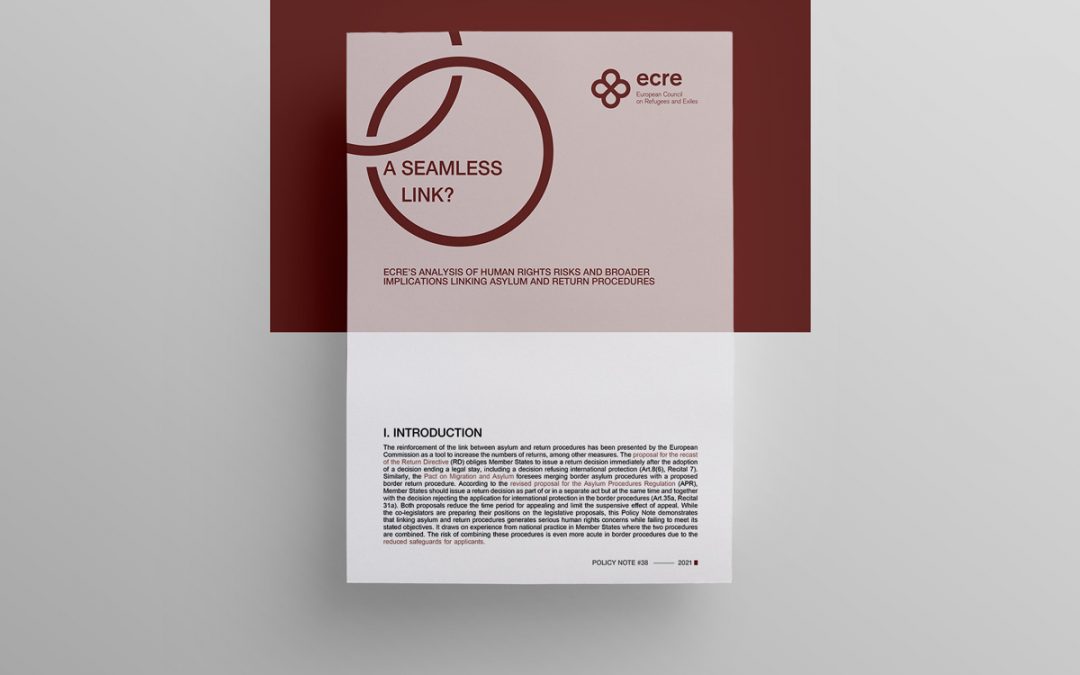 ECRE has published a Policy Note that demonstrates that linking asylum and return procedures generates serious human rights concerns while failing to meet the objectives stated by the European Commission. It draws on experience from national practice in Member States where the two procedures are combined. The risk of combining these procedures is even more acute in border procedures due to the reduced safeguards for applicants.

Linking asylum and return procedures is already possible. However, it is at the discretion of Member States and not mandatory. Several states use this option. Within the single procedure, in most of these countries, authorities assess broader protection grounds and obstacles to return, such as non-refoulement considerations under Art.3 of the European Convention on Human Rights (ECHR), humanitarian reasons, best interests of the child, family life and integration. protection and integration related aspects of the case may be confused; and the threshold for humanitarian or health considerations is disproportionately high.

The obligation to combine procedures, as included in the proposal for the recast of the Return Directive (RD) and the Pact on Migration and Asylum which foresees merging border asylum procedures with a proposed border return procedure would also exacerbate the flaws observed in states’ current practices whereby return decisions are not suspended during appeals against the refusal of international protection, which leaves people without protection from refoulement.

In addition, analysing the impact of the proposed measures raises questions as to whether the Commission’s stated and underlying objectives to proposing this mandatory link will be reached.

The Policy Note ends with a set of recommendations for current practice and for ongoing negotiations for proposed legislative reform.