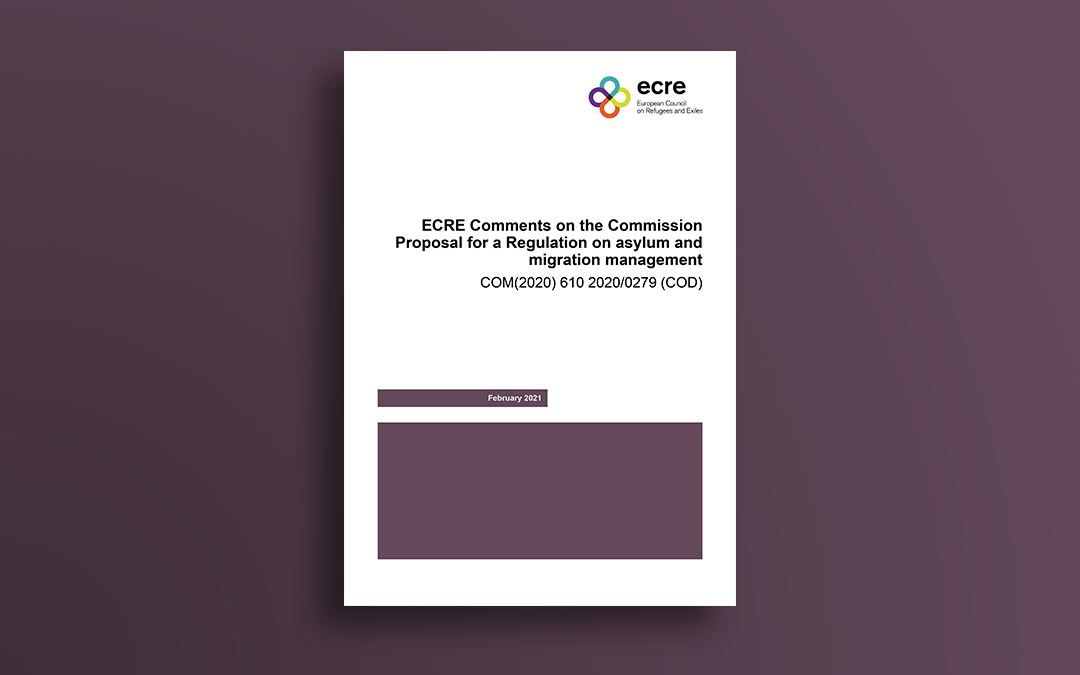 This ECRE Comments paper covers issues in the RAMM related to international protection including the concept of “Common Framework” (Part II of the RAMM), the mechanisms for determining responsibility for asylum claims (Part III) and the solidarity mechanisms (Part IV).

Although there are some positive elements in the RAMM discussed in the Comments, ECRE presents four main critiques:

(1) The proposed Regulation introduces changes that diverge from legal obligations deriving from international and EU law, including the jurisprudence of the European Courts or it fails to incorporate changes that would bring asylum acquis into closer conformity with EU Treaty Law and International law.

(2) When read in conjunction with evidence on Member State policy and practice, the proposed Regulation creates a high risk of continued or new violations of EU and international law.

(3) The proposed Regulation increases the role of the European Commission and, despite being a regulation, provides for considerable choice in implementation for the EC and the Member States. It is therefore hard to predict the impact on protection and rights, which will follow from the choices of these actors. Thus, the Commission and the Member States could decide on implementation that leads to better respect for rights (better in the sense of compared to the status quo or to the alternatives possible at any juncture) or they could make choices on implementation that considerably reduce protection space in Europe. Given the state of politics in Europe, and the stated objectives of the Pact, the latter seems more likely.

(4) The “comprehensive” approach is less than comprehensive. Major gaps in the functioning of asylum systems in Europe are neglected in favour of increasing the responsibilities of countries outside Europe. In particular, the RAMM attempts to codify and expand the use of EU external policies and funds to prevent the movement of refugees and migrants.

ECRE acknowledges the multi-layered politics of asylum and migration in Europe. These comments, however, focus on legal questions; ECRE has written extensively elsewhere about the politics underlying the Pact. Nonetheless, the RAMM, of all the legislative proposals, represents continued efforts to resolve political conflicts and the deep-seated lack of trust between the Member States through the use of law. The 2016 CEAS reform package also embodied a similar attempt to use law to resolve political conflict, and in both cases highly complicated legal instruments were produced.

For these reasons, it is not possible to simply analyse the RAMM as a legal document; while not analysed in depth here, the politics still have to be taken into consideration.

The ECRE Comments analyse the key provisions in the articles of the proposed regulation but also refers extensively to the Introduction to the regulation (paragraphs 1-84) and to the Explanatory Memorandum, the legislative financial statement, the other proposals that are part of the Pact, and the 2016 proposals and negotiations, since the RAMM proposal cannot be understood in isolation. ECRE’s assessment and recommendations are provided, with different alternative recommendations where relevant.