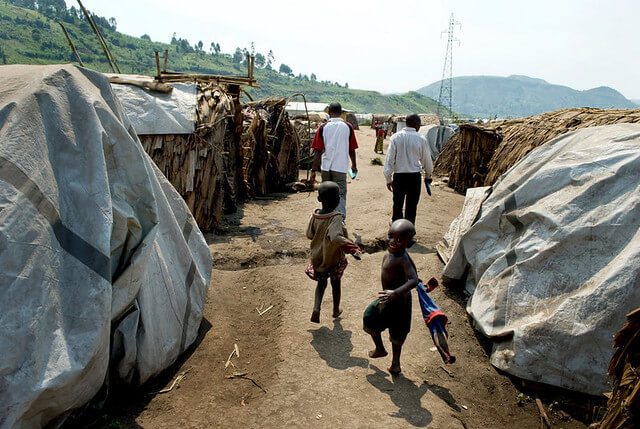 According to the UN Refugee Agency (UNHCR) fighting and targeting of civilians have forced more than 100,000 people into displacement in North Eastern DR Congo during April. Further, the violence is threatening efforts to contain the outbreak of Ebola in the region with the death toll passing 1000 and Ebola treatment centres under direct attack.

The conflict adds to an already grave situation in a region with more than one million displaced where UNHCR has scaled up its operations since August 2018 but is facing a severe funding gap. According to the Agency it has received just 6.2 million USD of a total need of 47 million USD for its response to internal displacement in DR Congo in 2019.

Agency spokesperson Babar Baloch stated on the current violence and displacement: “As attacks continue to terrorize the population, UNHCR, the UN Refugee Agency, is extremely worried about the safety of civilians. The displaced are in a desperate situation, and access to them is being hampered by the volatile situation”.

The attacks further complicates the efforts to contain a severe Ebola outbreak. The Ministry of Health warns that the fighting is a grave threat to containing the disease – in some areas fighting have resulted in containment efforts to be put on hold. The World Health Organisation (WHO) have revised strategies to vaccinate a wider segment of the exposed population but warns of potential shortage of vaccine if the outbreak expands.