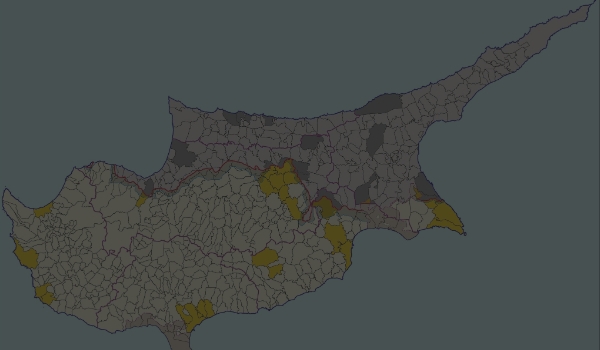 Six lives were lost and more remain missing at sea from a boat drifting off Lebanon, 36 people were saved and returned. The number of people embarking from Lebanon to Cyprus is on the rise given the on-going crises in the country. More than 100 people were pushed back from Cyprus to Lebanon in the beginning of September. New bills weaken the rights of people seeking protection in Cyprus.

On September 14, UNIFIL naval peacekeepers saved 36 people outside Lebanese territorial waters who had been drifting on the open sea without sufficient food or water for a week. The 36 survivors were brought back to Lebanon, yet six passengers, among them two children, had already passed away by the time the floating boat was spotted. Another six people had tried to swim to land in desperation and are since missing at sea.

The number of people crossing the 100 nautical miles between Lebanon and Cyprus on small boats to seek asylum in the EU member state is surging. At least 21 boats have left Lebanon for Cyprus between the beginning of July and September 14. In comparison, only 17 boats were recorded in the whole of 2019. The majority of those embarking on the dangerous journeys are Syrians, but the share of Lebanese is rising given the various crises in the country. With unemployment rates on the raise and immense inflation, more than half of the country’s population is pushed into poverty. The health system is weak while COVID-19 infection rates are soaring. In the recent blast in Beirut’s harbour, the homes of hundreds of thousands were destroyed.

Within just three days in early September, more than 100 people arriving on five boats from Lebanon were pushed back by Cypriot coast guards. A survivor reports that after arriving to a beach close to the Cypriot city of Lanarca, he and his family were detained in a camp without the possibility to lodge an asylum claim. After a few days, the family was returned to Lebanon: “I didn’t think they would send us back,” he said. “They should have just let us die in the water. It’s better than coming back here”.

The Cypriot government has justified the deportations and pushbacks by pointing to overstrained reception capacities and to the need to protect its national and EU borders as a matter if security. It also plans to assist Lebanon in preventing people to embark from its shores. This approach is also reflected in three law amendments that were passed by the parliament two weeks ago. The changes reduce the time one can appeal a rejected asylum application from 75 to 30 days in the regular procedure and from 75 to 15 days in the accelerated procedure, and further paves the way for faster deportations