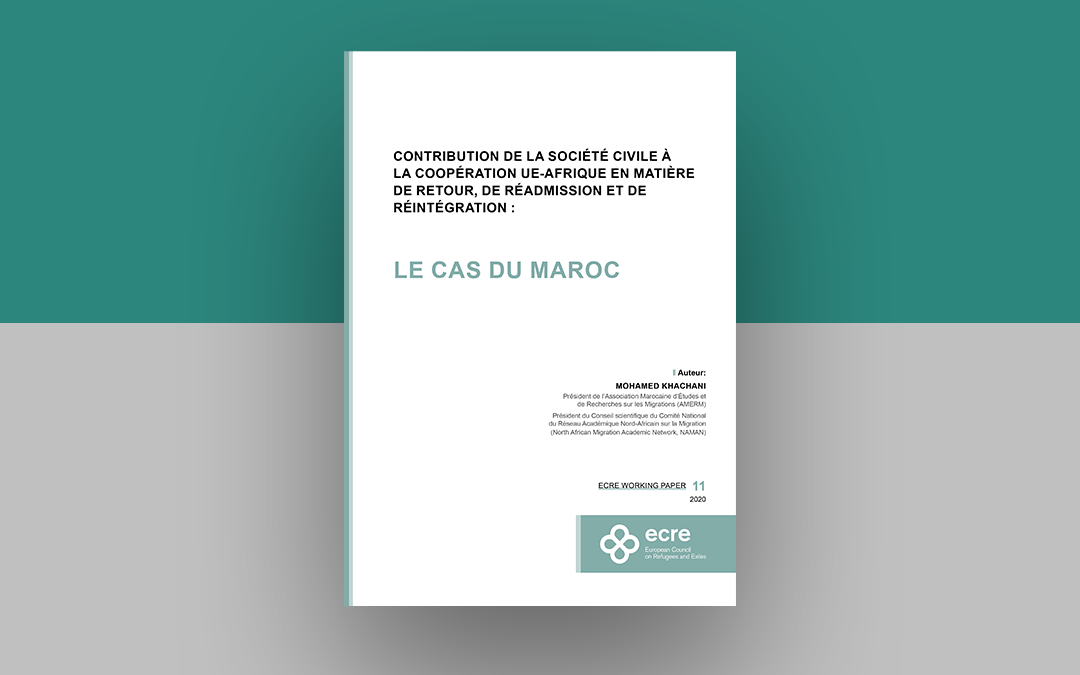 This working paper (In French) by Mohamed Khachani analyses the cooperation between the European Union and Morocco on return, readmission and reintegration. It is part of a series of papers that aim to collect analysis from civil society on the impact of previous and current EU-Africa cooperation and their recommendations for future cooperation to inform EU policy debates.

The paper provides an overview of the bilateral readmission agreements that exist between Morocco and EU Member States and the number of people that are affected by the agreements. It summarises the available research about the conditions of people who have been repatriated which point to the significant differences between people who are return voluntarily and those who are forcibly returned in terms of their socio-economic reintegration or their wish to re-emigrate.

The paper also includes an analysis of the politics of readmission in Morocco, including the stance of political actors, media and the public perception on readmission. It illustrates the different approaches that Morocco and the EU have on the issue of return including the link between migration, unemployment and development or the suggestion that Morocco should accept third country nationals who have transited through Morocco. It concludes with recommendations for the future of EU-Morocco relations, including on return.

The working paper was published ahead of a trip of Commissioner Johannson and Commissioner Várhelyi to Morocco to discuss readmission, visa facilitation and migration.