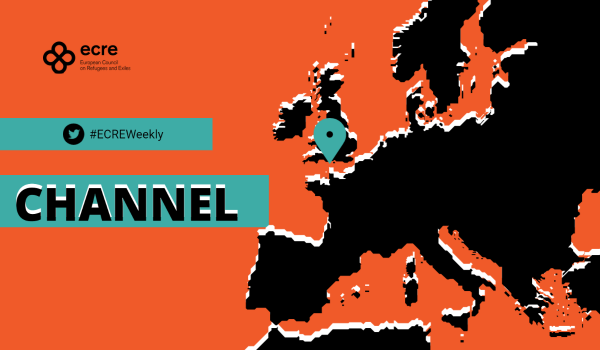 A report from Human Rights Observers reveal continued evictions and destruction of property of migrants in Grande Synthe and Calais. In the first half of March a diplomatic row with France was sparked over denial or delay of entry to the UK for Ukrainian refugees in Calais seeking to join family members. The European Border and Coast Guard Agency (Frontex) has deployed an aircraft to support France and Belgium in patrolling their coastline and detect “unauthorized” border crossings to the UK.

According to the organisation Human Rights Observers three evictions of makeshift camps took place in Grande Synthe in February with 321 tents and tarpaulins and 189 blankets and duvets destroyed. Calais saw a total 153 evictions from informal settlements with 306 tents and tarpaulins seized and 12 people arrested. Further, Calais Food collective has issued a press release condemning the banning of food and water distributions in city of Calais. According to the Washington Post, Calais “notorious as a place where police frequently confiscate tents and sleeping bags from refugees and migrants” is a vivid illustration of “the differential treatment refugees are receiving”. Rather than relying on human smugglers and make-shift camps, Ukrainian refugees have been offered free train tickets and support to find hosts.

However, Ukrainians seeking access to the UK from Calais found little support. Out of 517 Ukrainians who arrived to Calais as of 6 March seeking to join relatives in the UK, 250 were turned back by the British authorities. The UK require visas for Ukrainians to enter and reportedly many were told by British authorities “to turn around” and “go to Paris or Brussels” to obtain such at the respective consulates. At 7 March 400 Ukrainians awaited visas in Calais and the situation sparked a diplomatic row with France. In a letter to UK Home Secretary Priti Patel, French interior minister Gérald Darmanin defined the UK response as “totally inadequate” and revealing a “lack of humanity”. Reportedly Darmanin, told Patel “to set up a consulate in Calais”. Patel denied French allegations stating: It is wrong and it is inaccurate to say that we are not providing support on the ground, we are”. Further, the Home Secretary added: “I have staff in Calais to provide support to Ukrainian families that have left Ukraine to come to the United Kingdom”. British Justice Minister, Dominic Raab stated that opening the door would prevent priority of the “real” refugees and undermine public support. Commenting on the spat between UK and France, policy Editor for BBC, Lewis Goodall stated: “there’s a gulf between the way the EU and UK is treating the refugees, in terms of flexibility, visa requirements and access to labour markets”.

Frontex has recently deployed its Dornier DO328-100 aircraft to support France and Belgium in patrolling their respective coastlines. The aim of its deploymment is to approve national authorities ability to detect “unauthorized” crossings to the UK, and the prevention of human smuggling.