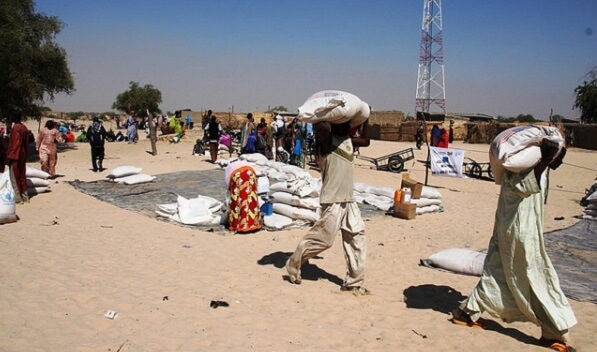 Since November, more than 80,000 Nigerians have been forcibly displaced  in the north- east of the country, due to an upsurge in the on- going violent clashes between non-state armed groups and the Nigerian military. The situation for those who were forced to flee into Cameroon is alarming; Cameroonian authorities have denied refuge and forcibly returned civilians back across the border.

An attack on the Nigerian town of Rann on January 14 which was reportedly executed by Boko Haram, forced more than 9000 people to flee into Cameroon. Medecins Sans Frontieres (MSF) said that buildings had been destroyed, looted and burned to the ground; “it was like a graveyard”.

UNHCR, the UN Refugee Agency, is extremely alarmed by reports of the forced return of several thousand Nigerian refugees by Cameroonian authorities this week, following the return of 267 on January 16. The Norwegian Refugee Council have called this development “a breach of international and regional agreements” including the Tripartite Agreement signed on March 2017, which guarantees the protection and human rights of forcibly displaced persons.

“This action was totally unexpected and puts lives of thousands of refugees at risk,” said UN High Commissioner for Refugees Filippo Grandi. “I am appealing to Cameroon to continue its open door and hospitable policy and practices and halt immediately any more returns and to ensure full compliance with its refugee protection obligations”.

UNHCR also sounded the alarm on Tuesday regarding the flight of 6000 Nigerians into Chad after an attack on the town of Baga, many of them having to paddle for three hours to reach the lakeside village of Ngouboua. Chadian authorities are carrying out registration and pre-screening of new arrivals, of which 55 per cent are children, to evaluate their needs.

Nigeria has been dominated by violent civil conflict between opposition groups since 2009, which in addition to the 1.8 million people that have become internally displaced within Nigeria, has lead an estimated 200,000 to flee to neighbouring Chad, Cameroon and Niger. Andrew Mews, MSF’s country director in Nigeria, said the attacks gave the lie to suggestions of improved stability in the country’s north-east; “The emergency is not over yet”.