BVMN: Report on Illegal Pushbacks and Border Violence in the Balkan Region 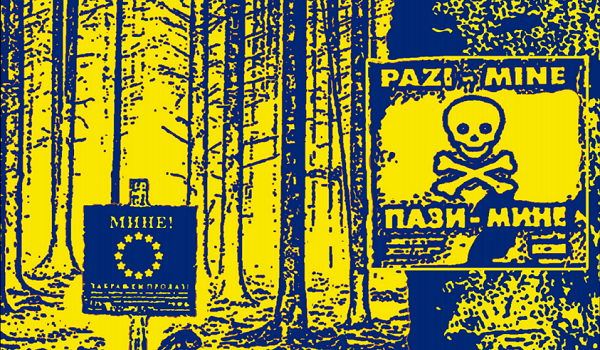 In the latest issue of its Illegal Pushbacks and Border Violence Report, the Border Violence Monitoring Network (BVMN) analyses border enforcement practices along the Balkan Route, including the systematic use of pushbacks and violence within state borders.

With the change of seasons, a demographic shift among people arriving in Bosnia and Herzegovina was observed. More and more families, often with babies or very young children, as well as unaccompanied children attempted to cross the border with Croatia. Many were pushed back and suffered physical and psychological violence at the hand of Croatian officials. While young children are rarely subject to physical violence themselves, they often witness brutal and humiliating acts carried out against their family members. In one case on 31 March, two children aged three and ten years old witnessed a Croatian police officer threatening to kill their father and holding a knife to his throat. Subsequently they were pushed back to BiH. Unaccompanied youth are often subject to physical violence themselves. On 5 March, Croatian police intercepted five teenagers, beat them with batons, and then forced them into the Korana river at the border with BiH.

The majority of pushback cases recorded by BVMN concern people crossing borders by foot. However, many other means of traveling are used. They are often risky and also expose people on the move to violence and pushbacks. In March, the network recorded several cases where people hiding in trucks were subjected to violence perpetrated by haulage staff and police officers and to pushbacks. On 22 March, four people were killed and more injured when the truck they were hiding in overturned on a Croatian highway.

Within the last two months, BVMN testimonies have given further insights into the way the Hungarian border fence along the border with Serbia functions as a tool of violence, surveillance and deterrence. People trying to cross this physical and symbolic feature of EU border securitisation often sustain injuries. In early March, a respondent broke his leg during an attempt to scale the fence and was later handed over to Serbian police. According to the BVMN, such injuries as well as cuts from the razor wire, are common experiences for those who lack legal options to enter Hungary. The fence is equipped with a number of surveillance features including a web of cameras, thermal sensors, and according to recent testimonies an alarm system that is set off when someone approaches the fence. Thus, the fence not only inhibits transit, but also facilitates the apprehension and expulsion of those who risk to scale it.

The report also highlights that unlike Hungary’s focus on the physical border barrier, Croatia foremost relies on mobile detection equipment including helicopters, portable thermal imaging sensors, and drones, that can be deployed across different borders and throughout the territory. In the reporting period, BVMN recorded new testimonies on the use of these technologies that have a stark impact on the speed and frequency with which Croatian authorities intercept people on the move.

Beyond focusing on these trends of how border violence played out in the reporting period, the report also provides updates on the situation in Greece, Croatia, Slovenia, Bosnia and Herzegovina (BiH), Hungary and Italy.