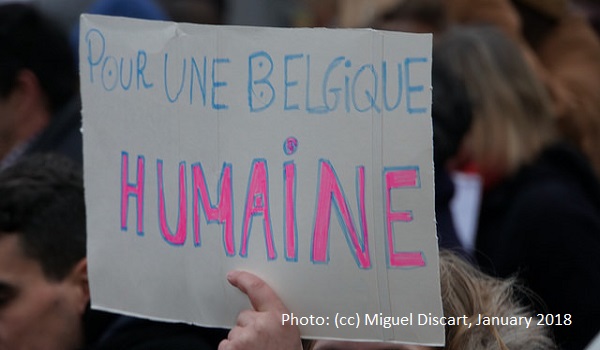 Belgium recently withdrew its measures, introduced in January 2020, that unlawfully excluded asylum seekers from material reception conditions. The measures had been criticised by several civil society organisations who initiated a legal action. The withdrawal took place prior to the hearing before the Council of State, which had to rule on the legal action.

In January 2020, the Belgian authorities issued instructions that limited the right to reception of certain groups of asylum seekers. This affected 1) applicants with a decision that designates another EU Member State as responsible for the asylum procedure on the basis of the Dublin III Regulation, who have not been transferred within the prescribed period, and for whose application Belgium thus becomes responsible by default, as well as 2) applicants who have already been granted international protection (i.e. refugee or subsidiary protection status) in another EU Member State and who make a new application for international protection in Belgium. Based on the new policy, these groups could only access medical support, but were excluded from other assistance such as housing and food provisions. As reported by civil society organisations, the measures had a devastating effect on hundreds of people for the nine months they were in place. People were left without shelter and in a situation of extreme insecurity. A situation further exacerbated by the COVID-19 pandemic.

The new policy had been a reaction to reception capacities reaching their limits as well as to an increase in asylum applications by the addressed groups. However, neither the Belgian Reception Act, nor the EU Reception Directive, allow such categorical exclusion. Already in May 2020, the Auditor of the Council of State advised annulling the instructions that introduced the measures. With the withdrawal, the Council of State no longer has to decide on this legal action. Civil society organisations denounce that they are too often forced to take legal action against the state for failing to fulfil its obligations. Numerous times they have reiterated that the pressure on the reception system is mainly due to the government’s premature closure of reception facilities not anticipating the fluctuating arrival of asylum seekers. Instead of building a resilient reception network, Belgium had instead taken measures that violate the rights of asylum seekers.

While the abovementioned measures no longer apply, many asylum seekers who are legally entitled to material reception conditions are still left destitute. Legal proceeding against the Belgian State in this regard are still pending.