Bangladesh: International Concern over Relocation of Rohingya Refugees to Island in the Bay of Bengal 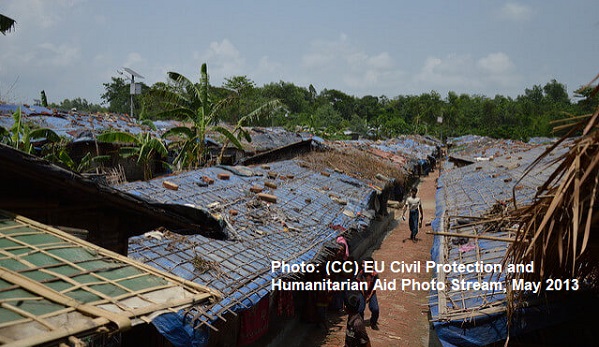 1,600 Rohingya refugees have been moved from camps in Cox’s Bazar to the Bhasan Char island in the Bay of Bengal, according to the foreign ministry the plan is to relocate 100,000 people. The relocation has been met with an outcry by human rights NGOs and the UN Refugee Agency, UNHCR, warns that “Any transfer must follow a voluntary, informed decision”.

On 4 December 1,600 people were relocated from the camps in Cox’s Bazar hosting almost 900,000 Rohingya refugees to the low-lying Bhasan Char island, which surfaced just 20 years ago, has never been inhabited, and is vulnerable to cyclones and flooding. The UNHCR that was uninvolved in the preparation of the movement and identification process of refugees to be transferred, in reaction recalled that it had: “consistently maintained that any relocations to Bhasan Char should be preceded by comprehensive technical protection assessments,” to “review the safety, feasibility and sustainability of Bhasan Char as a place for refugees to live, as well as the framework for protection and the assistance and services they would be able to access on the island”. UN High Commissioner for Refugees, Filippo Grandi, raised concern over the move and stated that: “Any transfer must follow a voluntary, informed decision”.

Among the NGOs raising strong opposition to the relocation are Amnesty International, Human Rights Watch (HRW), and the Bangkok-based advocacy group Fortify Rights. NGOs have spoken to Rohingya refugees who went into hiding after being told their names were on the lists for relocation and warn of false promises of authority, UN and NGO presence on the island as well as threats to force consent. A majhi (camp leader) in Kutupalong stated to media:“We don’t believe they can force this many people to relocate against their will under the watch of the international community. Our demand is only rational and that is to get us back to Myanmar, we don’t want to be refugees all our life.” 300 Rohingya refugees, sent to Bhasan Char after being picked up at sea, have been living on the island since April. Reportedly allegations of sexual assault have been made against guards, and videos have emerged of women screaming to be allowed to return to the mainland. According to authorities in Bangladesh, new housing on Bhasan Char is superior to the Cox’s Bazar bamboo shelters, and flood defences have been established.

More than one million Rohingya refugees have fled violence and persecution in Myanmar since the early 1990s. The latest mass displacement began on 25 August 2017, when violence broke out in Myanmar’s Rakhine State, driving more than 742,000 to seek refuge in Bangladesh. Currently, close to 900,000 Rohingya refugees are residing in the refugee settlements of Kutupalong and Nayapara in Bangladesh’s Cox’s Bazar district where facilities and services are under immense pressure.