B and C v Switzerland: ECtHR condemns Switzerland for its (lack of) assessment in an LGBTI-case 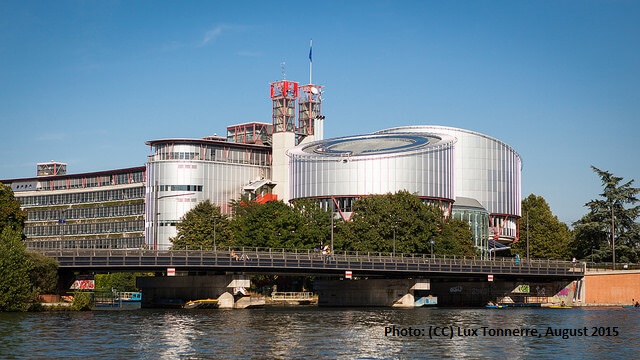 On 17 November 2020, the European Court of Human Rights ruled that Switzerland had violated Article 3 ECHR in the case of a Gambian homosexual person who faced deportation back to the Gambia.

In its assessment, the ECtHR referred, inter alia, to previous case law of the CJEU and the ECtHR, where these Courts held that the mere existence of laws criminalising homosexual acts in the country of destination does not render an individual’s removal to that country contrary to Article 3 ECHR. However, it also considered that a person’s sexual orientation formed a fundamental part of his or her identity and that no one should be obliged to conceal his or her sexual orientation in order to avoid persecution and underlined that B’s sexual orientation could be discovered if he were removed to the Gambia. The court concluded that the Swiss courts had failed to sufficiently assess the risks of and State protection against ill-treatment from non-State actors, leading to a violation of Article 3.

Mr. B, a Gambian and Malian national, arrived in Switzerland in 2008 where he unsuccessfully lodged an asylum application. After having received a removal order, he absconded until 2013, when he lodged a second asylum application in Switzerland, in which he claimed to be homosexual and in which he underlined the dire situation of homosexuals in the Gambia. This second application was rejected, as was his appeal, given that, inter alia, the Swiss authorities found B’s account not credible. The Administrative Court ruled that B was also not entitled to refugee status based on the registered partnership he had with Mr. C, a Swiss national, given that the Gambian authorities were not aware of this partnership. Finally, it considered that the situation for homosexuals was difficult in the Gambia, but that B’s homosexual orientation was not in itself sufficient to make him qualify for refugee status, and he failed to substantiate this with concrete risk of ill-treatment. In 2015, B lodged a third, unsuccessful, asylum application, pointing, inter alia, to the deterioration of the situation of homosexuals in the Gambia. B’s appeal was rejected and the Federal Administrative Courte underlined that there was no need to assess the situation of homosexuals in Gambia, notwithstanding that homosexuality carries a prison sentence in the Gambia.

In 2014, C had lodged a request for family reunification with B, his registered partner. The Swiss authorities denied the request because of B’s previous criminal record and B was even refused the right to remain in Switzerland for the duration of the family reunification proceedings, until the ECtHR granted a request for interim measures under Rule 39 and ordered Switzerland not to deport B for the duration of the proceedings. Finally, the Federal Supreme Court found that, given B’s behaviour and conviction, there was a major public interest in him leaving the country and considered that he had a sufficient family network in the Gambia, where the situation for homosexuals had improved. It concluded that B’s sexual orientation would not come to the attention of the Gambian authorities or population. Mr. C died in the course of the proceedings before the ECtHR and the Court therefore decided to disregard the questions regarding Article 8 ECHR.

Mr. B complained that his return to the Gambia would expose him to the risk of ill-treatment under Article 3 ECHR. More specifically, he feared the active persecution of homosexuality in the country, notwithstanding the improved situation for LGBTI-people since the election of a new, more LGBTI-friendly president in 2016. Indeed, several third-party intervenors underlined that the Gambian authorities were currently unwilling to provide protection for LGBTI people, also from threats coming from non-State actors. Swiss authorities on the contrary failed to assess whether the Gambian authorities would be able and willing to protect LGBTI-people against ill-treatment by non-State actors.