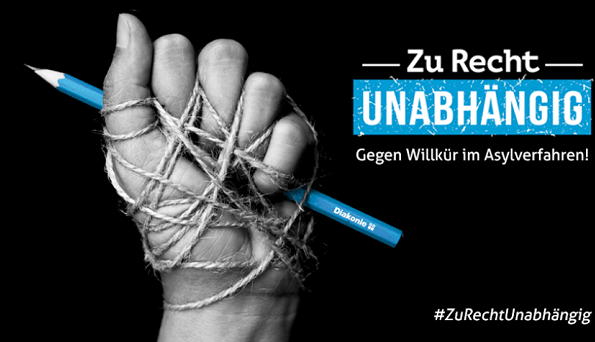 Diakonie Austria raises serious concerns about a new bill on the establishment of a Federal Agency for Supervision and Support Services (Bundesagentur für Betreuungs- und Unterstützungsleistungen – BBU GmbH) that could impair constitutional, Human Rights and European Law and the rule of law. The provisions deteriorate the asylum procedure and create an inaccessible asylum system in which civil society organisations can no longer intervene, Diakonie warns.

The bill establishes a new Federal agency that will be in charge of i.a. (i) providing basic care, (ii) providing legal assistance to asylum seekers and foreigners; (iii) providing assistance for return, (iv) monitor deportations and (v) provide interpreters and translators during the asylum procedure. Its objectives are to increase the efficiency of the federal minimum guarantee (“Bundesbetreuung”), to provide asylum seekers with independent legal assistance and to promote voluntary return through effective return counselling.

Diakonie criticises that the Agency is not institutionally independent as it falls under the direct responsibility of the Federal government and is influenced by the Ministry of Interior, which is also responsible for the Federal Office for Immigration and Asylum (Bundesamt für Fremdenwesen und Asyl – BFA). The bill allows the Ministry of Interior to exercise shareholders’ rights (e.g. set policies, strategies and objectives), to appoint officials of the Agency such as counsellors or members of the supervisory board, and to determine certain modalities of the legal assistance (e.g. allocation of specific cases, resources etc.).

Diakonie warns that the lack of external control that comes with the exclusion of external service providers and civil society organisations from the asylum procedure can result in substantive errors and dysfunctions: It creates a “blackbox in which rules are not transparent, inadequate and prone to error”. The bill also plans to cut the time resources dedicated to legal assistance by a third and to reduce workforce, which will impact the quality both of the information provided and of subsequent appeals and submissions, thereby increasing the workload of courts. Alongside the lack of independence, objectivity and effectivity, Diakonie provides a very detailed overview of the additional financial costs that such an Agency would engender, which should amount to at least 17,6 million euros in 2021.