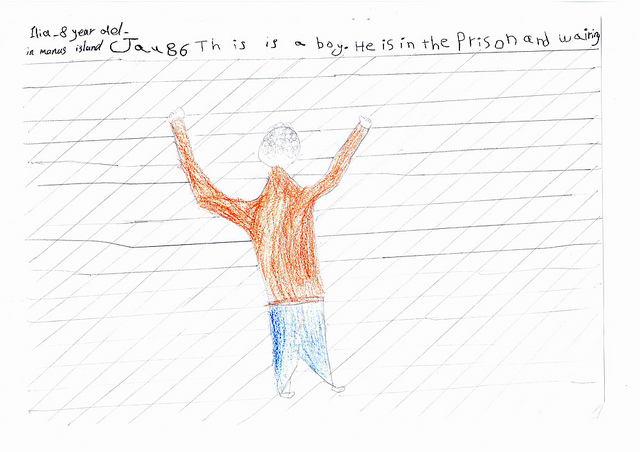 Labour and Coalition MP’s have passed a new Migration Bill which will retrospectively make lawful the 2002 excision of Ashmore Reef from Australia’s migration zone, in contradiction of a Federal Court ruling from July.

The Ashmore reef was declared an ‘offshore territory’ to authorise the detention of approximately 1600 people in infamous facilities on the islands of Nauru and Manus between 2002 and 2013, and avoid protection obligations to refugees and asylum seekers by defining anybody arriving by sea an ‘offshore arrival’ classified in the Migration Act an ‘unlawful non- citizen’.  A Federal Court judgment in July found that Ashmore Reef was never properly excised because legislation falsely relied on proclaiming it to be a port.

However, last week the Migration Bill 2018 was passed in the House of Representatives, that retrospectively ensures that the port was ‘properly proclaimed’ and legalises the government’s ensuing actions. This includes cases of ships intercepting boats that were carrying asylum seekers and refugees and sailing them to Ashmore Reef so that protection in Australia could be circumvented. People remain on Nauru and Manus, detained indefinitely with minimal access to clean drinking water, health care, psychiatric services and legal information.

Just this week, conditions on Nauru have garnered public attention with the case of a 12 year old boy thought to be suffering from a depressive disorder known as ‘resignation syndrome’, who had refused food and water for 20 days before being flown to the mainland in a critical condition. Medical staff have said he is one among many. Reportedly a 12 year old girl attempted to set herself on fire on August 22.

While the Senate’s Scrutiny of Bills standing committee stated that the Migration Bill 2018 “can undermine values associated with the rule of law”, only 3 MPs voted against it. Greens senator Nick McKim said the Labor and Liberal parties were trying to “rewrite history because their detention of up to 1600 people seeking asylum was based on a legal fiction”

Daniel Estrin, a lawyer who brought the challenge to the Ashmore Reef excision in the federal court, said the Migration Bill is a dangerous attack on the rule of law. “It is a cheap Band-Aid approach to a flawed policy and undermines our rule of law. When you deny people their rights and detain them without proper basis, you don’t get to fix it retrospectively. Australians expect their government to own up and wear the consequences of its mistakes.”