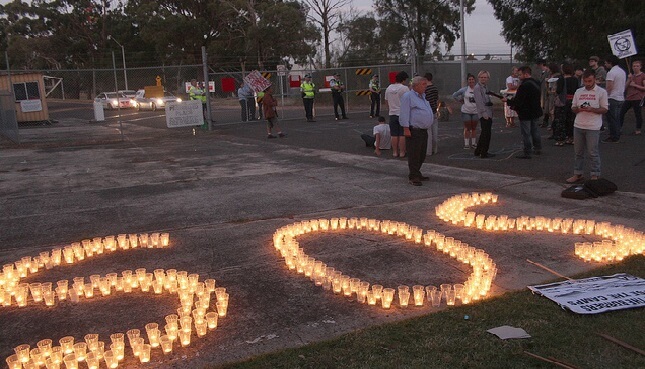 The Australian Federal Court issued a judgement this week ordering the Department of Home Affairs to evacuate a family from the island of Nauru due to their need for urgent medical treatment. Justice Tom Thawley ruled in favour of the family, despite the efforts of Nauru authorities to block their evacuation.

The family are reported to have arrived in Australia over the weekend and are being treated for physical and mental health concerns. Justice Thawley specified that they must not be treated by anyone contracted by Australian Border Force or detention health provider IHMS, and that costs should be covered by the Australian Government. He also ordered the department of Home Affairs to give five business days’ notice of any plan to return the family to Nauru to them, and their solicitor should they have one.

The decision is just one in a series of decisions ruling against the Government, with 12 children so far having been brought to Australia.

Over a thousand people are residing at Australia’s offshore detention centres on Nauru and Manus Island, awaiting a decision on their asylum applications. Some have been there for 5 years, with minimal information on their case or how much longer they will have to remain detained. Doctors have warned of a humanitarian emergency mounting in Nauru, and have requested permission to access the centre to treat people for critical mental health illnesses. Numerous reports have emerged of children attempting to take their own lives and of cases of ‘resignation syndrome’, a depressive disorder which causes children to stop speaking, refuse food or water, and in extreme circumstances deteriorate into a comatose state.

The new Prime Minister Scott Morrison has refused to meet calls for medical assistance for people on Nauru, instead intent on pursuing a resettlement agreement with the United States. The former hardline Immigration Minister has insisted that asylum seekers in Nauru will not be brought to Australia, so as not to “put at risk any element of Australia’s border protection policy”.

Last month, a coalition of NGOs and charities joined forces to condemn the Government’s treatment of asylum seekers in Nauru, setting a deadline to take all children and families off the island before Universal Children’s Day, on 20 November. World Vision Australia’s chief executive Claire Rogers commented, “We are calling for common sense, for courage, for compassion and for leadership from our political leaders to resolve this situation. This harmful, secretive, and dysfunctional system of detention must end.”

President of the Australian Medical Association (AMA) Dr Tony Bartone said, “The AMA repeats its call for a delegation of independent Australian health professions to be allowed to visit and examine the asylum seekers – adults and children. It is our responsibility to care for these people. It is all about human rights. It is the right thing to do”.