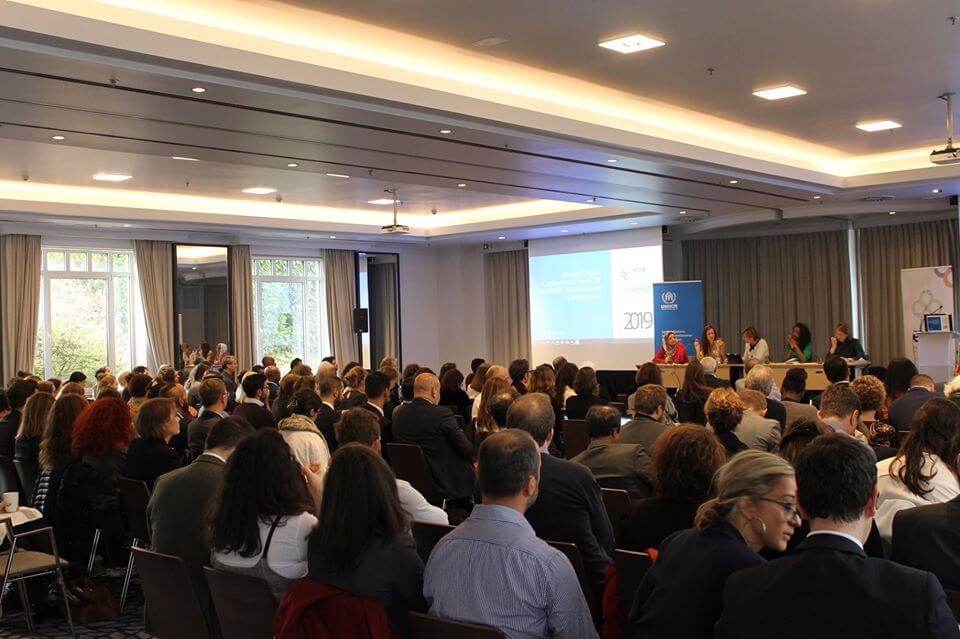 The 104 strong ECRE membership representing 41 countries is meeting in Brussels in the heart of Europe at a time of change. A new European Parliament with a stronger progressive representation. New governments in 10 of the EU’s Member States, mainly with lower presence of the far right. Soon to be in office, a new European Commission that could escape the shadow of the political melt-down in Europe since 2015-16.

“At a time where the political map of Europe is changing there is a momentum to seize. For those of us representing refugee and human rights organisations this means a chance to argue for replacing dysfunctional, short-sighted and destructive policies with progressive and responsible options. And make no mistake, there are ways forward based on solidarity and human rights. It is fundamentally a question of political choice”, says Morten Kjaerum, Chair of ECRE.

ECRE puts forward its four-point alternatives, drawing on the combined experience of a large and diverse membership and insights from decades of policy and legal work. It builds on the evidence it has gathered from the tools it manages, including the Asylum Information Database (AIDA), the European Database of Asylum Law (EDAL) and the European Legal Network on Asylum (ELENA).

First, look for solutions rather than ways of escaping responsibility – focus on making asylum work in Europe and put an end to the externalisation strategy. That means compliance with EU asylum law rather than reform – filling the implementation gaps on reception, processes and decision-making. ECRE’s latest policy note explains how to do this. A functioning asylum system means fair responsibility sharing, and that means reforming Dublin.

Secondly, ensure safe and legal channels so that men, women and children in need of protection can arrive without risking their life on traumatizing and dangerous journeys across sea and land. This includes an ambitious EU wide resettlement target for 2020 and beyond, expansion of complementary pathways and removing restrictions to family reunification.

Thirdly, Europe needs to work at the global level to tackle the causes of forced displacement. Unfortunately, we have seen European foreign policies used to prevent migration, to prevent movement of people instead of looking at the causes why people are forced to move. There is a lot of potential for Europe to play an important role and furthermore a long tradition and experience in development and humanitarian action.

And finally, ensure the inclusion of those who are in Europe through access to their rights, including their rights to education, employment and health. Even if you have a small number of people in a situation where they are denied the possibility to be included, where they are marginalized, these are things that help generate public fear and may lead to the political success of extremists for instance.

It is possible to make asylum work in the richest, best resourced and most developed part of the world. Having a functioning asylum system means having a fair responsibility sharing mechanism. To move in this direction, ECRE suggests the immediate steps for the incoming policy-makers: withdraw the 2016 legal reform proposals, begin a meaningful reform of Dublin, and get tougher on abuses of the rule of law. There are also short-term measures that need to put in place

“The next five years will reveal whether EU and its member states managed to exchange a toxic downwards spiral of political crisis over migration for rational and sustainable solutions. However, one thing is certain. The ECRE membership will continue to use all of its combined experience and resources to ensure the protection of this worlds displaced in our respective countries, in Europe, and across the globe,” says Morten Kjaerum, Chair of ECRE.