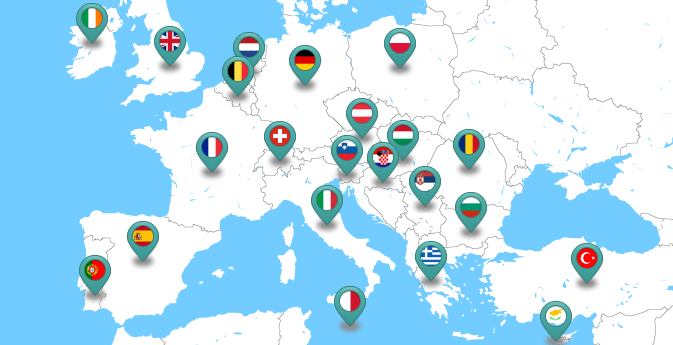 Disparities in the way European countries grant international protection to people fleeing persecution and war persisted in 2018, according to asylum statistics made available by national asylum authorities

While EU institutions have emphasised a reduction of arrivals in Europe, figures confirm again more complex reality across the continent.

Several countries (Germany, Sweden, Finland, Denmark, Norway, Bulgaria) continue to witness a steady drop in asylum applications. In Italy’s case, the reduction was drastic, from 130,180 applications in 2017 to 53,500 in 2018. However, the number of people seeking asylum continue to increase in other countries (France, Turkey, Greece, Belgium and Slovenia

While the overall recognition rates for international and humanitarian protection remained at steady levels with slight fluctuations in some countries asylum seekers continue to face an “asylum lottery” in Europe as the chances of obtaining a form of protection vary dramatically from one country to another, even for asylum seekers coming from the same country. Recognition rates for Iraqis ranged from 94.2% in Italy to 12% in Bulgaria. In between lies a spectrum covering Sweden (26%), Belgium (31.2%), Norway (43.3%), Germany (45.9%), Finland (53%), Slovenia (60%) and Greece (69.4%). For Afghans recognition rates varied from 98.4% in Italy to 24% in Bulgaria. Slovenia (77.7%), Finland (73.4%) and Greece (70.9%) had considerably high rates, contrasting with 33% in Sweden, 50.6% in Belgium and 52.2% in Germany.

The persisting disparity in national policies on refugee status determination has prompted an increasing number of courts to suspend Dublin transfers of asylum seekers to countries where they would be at risk of onward deportation. In 2018, for example, domestic courts ruled against transfers of Afghan asylum seekers to Germany, Austria, Belgium, Sweden, Finland and Norway, due to human rights risks stemming from their unduly strict policy on granting protection to Afghan claims.