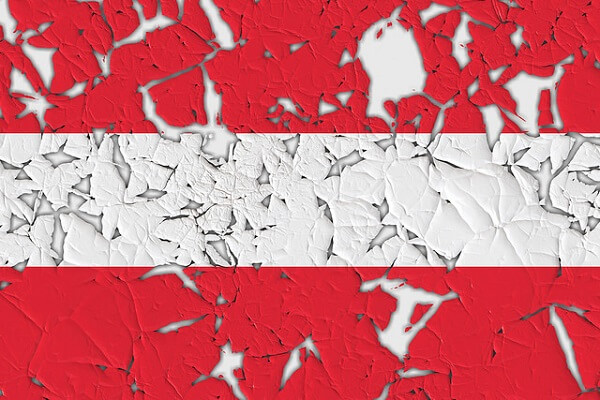 The Austrian Presidency of the EU ends with a whimper rather than a bang with the European Council of 13-14 December deciding very little on migration. For a Presidency that made “solving” the migration crisis its number one priority it should be judged a failure. Perhaps the Austrian government, Chancellor Kurz and Minister Kickl have understood that migration is a complex phenomenon that doesn’t lend itself to cheap and easy “solutions” (spoiler alert: this hasn’t been understood).

It is no bad thing that most of the Austrians’ ideas, from external processing to detention camps in the Balkans, have not been taken up. Paradoxically, however, they may claim a success in their failure to make progress on the Common European Asylum System (CEAS) reform package. From the start, they made it clear that they had no interest in concluding the reform negotiations and used a tactic of passive resistance to ensure that agreements were not reached among the Member States (contrasting strongly with the energetic if ultimately futile efforts of previous Presidencies).

Despite the understandable fury of the European Parliament, it is impossible that the full package is passed – there isn’t enough time – and it is unlikely that even a mini-package of selected measures is adopted. The European Commission’s Communication from early December again proposes dropping the all-or-nothing approach, originally promulgated by Parliament and recently insisted on by the Council, suggesting that five of the seven legislative proposals could be salvaged.

This is part of the Commission’s own last-ditch efforts to “solve the migration crisis”, a form of “solutionitis”, before the end of the Juncker mandate. It has launched a raft of other ideas since June when it really became clear that the CEAS package was not going through. These include the disembarkation platforms, controlled centres, reform of policies on return, and bolstering of the EU agencies, especially Frontex.

­Despite the limited prospects of success, it is important to resist some of the new plans over the next few months, while continuing to work on positive alternatives. In particular, there is a concerning Plan B emerging.  The Return Directive recast, the proposed amendments to the mandate of EASO as it transforms into the EU Asylum Agency, and the controlled centres could all combine to consolidate and expand the model of parallel, substandard asylum systems operating at borders.

As well as it lying behind some of the Commission’s plans, this model also appeared in a Franco-German non-paper which was circulating before today’s Summit. Supposedly about “solidarity”, which features in the first part of the non-paper, more concerning are the final two points: a mandatory border procedure to be put in place by all Member States involving automatic detention, shorter procedures and rapid return.

What is coalescing is a model whereby whenever a person crosses an external border they would be detained in a “controlled centre”, subject to a rapid process without adequate safeguards (i.e. without their rights being respected), and then returned. It continues the trend already in place in some Member States of operating parallel and substandard procedures at borders. The proposals include expanding, increasing support for, or even making mandatory such an approach.

The recast of the Return Directive includes Article 22 which sets out a border procedure along these lines – detention, rolling together of status determination and return, and a mere 48 hours to appeal against a negative decision. In the summer, when the Commission put forward the controlled centres concept (essentially an expansion of the hotspots), there was a strong suspicion that the plan had already been in the pipeline, with the disembarkation crisis used as an opportunity to roll it out.

The risk of course is that the substandard border procedure starts off operating in parallel to the regular asylum procedure, so that only those trying to irregularly cross a border are subject to it, bad enough in itself but still limited in impact. It could (or would) then of course subsume and replace the regular procedure, becoming the new standard approach. This is what has happened in Hungary, where people elsewhere in the country are now taken to the border to be held in detention. It is thus a way to introduce a substandard asylum system by stealth.

The usual myths and presumptions prevail: that people crossing borders “irregularly” are all undeserving economic migrants with simple cases that can be swiftly resolved so that they can be rapidly returned. In fact recognition rates are generally high and there are probably many more people who have protection needs who receive no status rather than vice versa, due to poor and politically driven decision-making and the limitations and anachronisms of the protection system itself.

There is also a belief among too many policy-makers that appeal processes are a luxury or an abuse of the system, with asylum-seekers and their lawyers taking advantage of this weakness in asylum law. It is proving difficult to “stop this abuse”, i.e. to reduce rights, including the right to effective remedy, the right to legal assistance, and the right not to be detained, in the asylum system as a whole, however it is possible to do it at borders. In fact, appeals are a normal part of legal processes and in all areas of law first instance decisions are routinely overturned by higher courts. In the asylum domain, providing these basic human rights – as the right to an effective remedy or legal assistance are – can actually make asylum systems function more efficiently. There is also no logical reason why a different process, substandard or not, should operate at borders compared to the rest of a country.

The hotspots experience shows that this substandard border model has devastating humanitarian consequences but also that it is inefficient to run multiple asylum procedures simultaneously. It also led to EASO’s resources being diverted away from supporting relocation and getting people out of Greece into other Member States – and thus mitigating some of the negative effects of the Dublin system and contributing to solidarity. Instead, EASO’s focus became supporting rapid processing and return to Turkey (which haven’t worked).

It may be that this plan B does not go through – there hasn’t been support for the Franco-German proposal and no Member States are yet willing to host a controlled centre. But it is also important that Article 22 be deleted from the Return Directive recast (not amended), as ECRE has argued in its Comments on the recast, and that the role of EASO/EU Asylum Agency is to support and monitor compliance with the asylum acquis and not detention and return. In the short-term, rights-based compliance with existing law and the work on a functioning asylum system in Europe should be priority for all. Bilateral agreements, such as the German-Greek Administrative Arrangement, under which Member States stop people at borders and circumvent existing law by transferring them straight back to another Member State, should also be abandoned, as ECRE argues in a new policy paper.

For the future, it would be good to have a break from “new” ideas and solutions to the “crisis”. Let’s try to recover from this solutionitis and instead focus on making asylum systems work. Instead of launching new legal proposals, focus on compliance with current law – asylum law, human rights law and the law of the sea for starters.